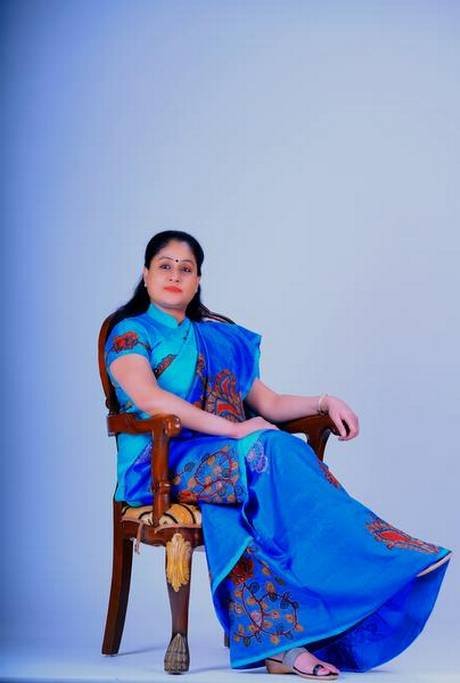 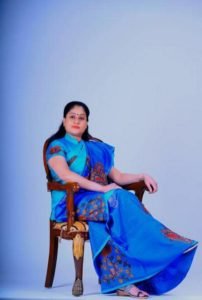 The superstar of the 80s and 90s, Vijayashanti makes a comeback after a 13-year sabbatical to act in Mahesh Babu’s film

The overcast skies threaten to spill over any minute as we make our way towards a quaint cul de sac in Banjara Hills. As we reach at the affixed hour, there isn’t much waiting before actress and politician Vijayashanti walks in and greets us with a smile.

Devoid of any make-up and dressed in a simple cream coloured salwar, she is still every bit the superstar actress who worked in over 175 movies with a career spanning three decades. Carving a niche in the Telugu industry of the 80s and 90s, Vijayashanti was the quintessential actress who could match steps with Chiranjeevi in one movie and go completely de-glamorous in the next with ease. She could be the girl next door in Padamati Sandhyaragam, the village belle in Swayamkrushi and bring the house down with her comic timing in Mondi Mogudu Penki Pellam.

Having made her début at the age of 13, she feels that her entry was fated. “My initiation was like a movie story,” she recalls, adding, “I was committed to act in a Telugu movie but director Bharathiraja chanced upon my pictures at a photo studio. He immediately insisted on meeting me, approached my father and told him that he saw a unique spark in me. The movie, Kallukkul Eeram ensured that people noticed me; there was no looking back.”

After 13 years, Vijayashanti is making a comeback to the silver screen opposite Mahesh Babu.. Slipping into a nostalgic mode she recalls that the actor played her son as a kid, in the movie Koduku Diddina Kapuram and says, “When I got the offer for the role, I felt that my character and the subject was interesting and said yes as I felt the timing was right.”

Incidentally, Vijayashanti made her début in Telugu with Khiladi Krishnudu opposite actor Krishna (Mahesh Babu’s father) whom the actress calls her lucky mascot. “I cannot forget the kindness shown by Vijaya Nirmala, his wife and the director of the movie, who convinced him that I would be right for the role, even though I was only a teenager. She took good care of me.”

The movie did well and the actress continued to rise through stardom with a mix of different genres. Juggling a variety of roles (she played sister to actors NTR and ANR in Satyam Shivam) she soon started acting with all the top actors of the time including Krishna, Shoban Babu and Krishnam Raju. She adds with a smile that she has worked with around 60 heroes from across industries, a record in itself.

It was director T Krishna’s Neti Bharatam opposite actor Suman, however, that catapulted her to the big league. The movie got her noticed and proved to audiences and critics alike that she could take on powerful roles with ease.

Looking back at those times when she used to work six shifts a day and be part of 16-18 movies per year, the actress says that she learnt a lot of life lessons through her hard work.

“Our set was like a temple, where we worked with a lot of discipline and as a team, right from the writers to the actors. Everyone was dedicated to their craft,” she shares, joking that because she worked for 20 hours a day, while shooting in huge studios like AVM and Vijaya Vauhini studios, she used to catch up on sleep while the technicians were fixing lights. The actress, who had no formal training, reveals that she felt that acting was a god given gift. Always quick on her feet, the only formal training she received was in dance (she learnt both Kuchipudi and Bharatanatyam) and was a disciple of the famous guru Vempati Chinna Satyam. “I was about to have my arangetram when movies happened,” she says, adding, “From acting to fights, everything I did was spontaneous. Even while hearing the script, I would slip into the skin of the character, imagining the body language and mannerisms. Anything I do, from movies to politics, I ensure that I observe, learn and give it my all.” 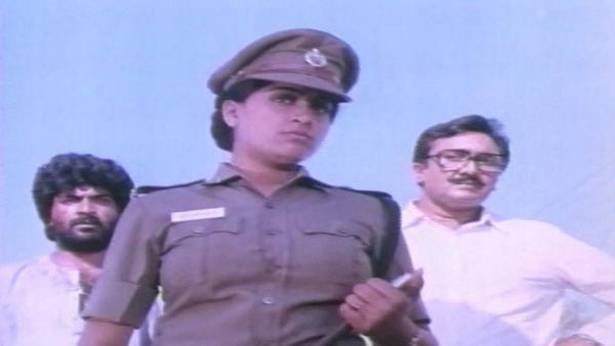 It was the action drama, Pratigatana that further fuelled her rise to stardom. The actress says fate had a hand in her doing the film, and explains, “I almost didn’t do that movie as the director wanted my dates for one month at a stretch and we didn’t shoot like that those days. The role went to another actress who backed out at the last minute and when the director came back to me, I felt that it was my destiny to be a part of the project.”

With no model for a movie like that, the actor relied on her instinct to pour life into the demanding role. The result was a roaring success which still remains relevant three decades after it was made. “The movie went like clockwork. We shot it in less than a month and even a difficult song like ‘Ee Duryodhana’, was shot in a day and half,” she exclaims.

The next stage was when she was given the moniker of ‘Lady Amitabh’, which was set off by the success of her movie Karthavyam. The actress says that she was on the lookout for something exciting when the idea of helming a movie based on the life of supercop Kiran Bedi (who incidentally was present both at the muhurat and the 100 days function) came to her. “I felt that I was doing things in a set pattern and wanted to do something innovative,” she confesses. “I still remember when Kiran Bedi predicted that I would win the National award for my role and my dream of winning it came true with the movie.”

It was also during this time that she pushed her physical boundaries with daredevil stunts — from jumping from a height of 30 feet, to climbing the Chalakudy waterfalls in Kerala. She also did dangerous stunts for her Hindi movie, Goondagardi opposite Dharmendra. She credits her willpower and says that she would do it all over again if she had the chance.

She blazed the silver screen with Osey Ramulamma which she admits was one of her toughest roles. “We worked on it a lot; when we felt that it lacked intensity before the climax we reshot it. It was a huge success and from Vijayashanti, I became Ramulamma to people,” she beams.

She then turned to politics and says that she doesn’t regret any decision she has made and certainly not her foray into politics.

For someone who has seen it all, the award winning actress credits her discipline as the anchor to her success. “My father passed away when I was 17, I had no one to take care of me,” she shares. “That is when I steeled myself in a military fashion and focussed on doing what I loved the most. I took both success and failure in my stride and seized every opportunity to become the best actress I could.”

Few people are aware that the actress didn’t dub for herself for almost a decade into her career, due to a botched up tonsillectomy at the age of 11. She says, “While the doctors assured me that my voice would get better with age, I was traumatised. But later on, when I started taking up tougher roles, I started to dub for myself and my voice suited those roles. I think God had designed my life just so that everything would happen at the right time”

The actress is preparing for her comeback with complete dedication and has already lost six kilos thanks to a combination of cardio and weights. She is clear that she isn’t bidding adieu to politics though and is looking forward to work with the newer generations under the arc lights which have made her who she is. As she says goodbye, and insists on walking with me to the gate, it is easy to agree when she puts her incredible journey in a nutshell, “I’m destiny’s child. I’ve enjoyed every minute of my life, all the twists and turns. They have made me who I am.”