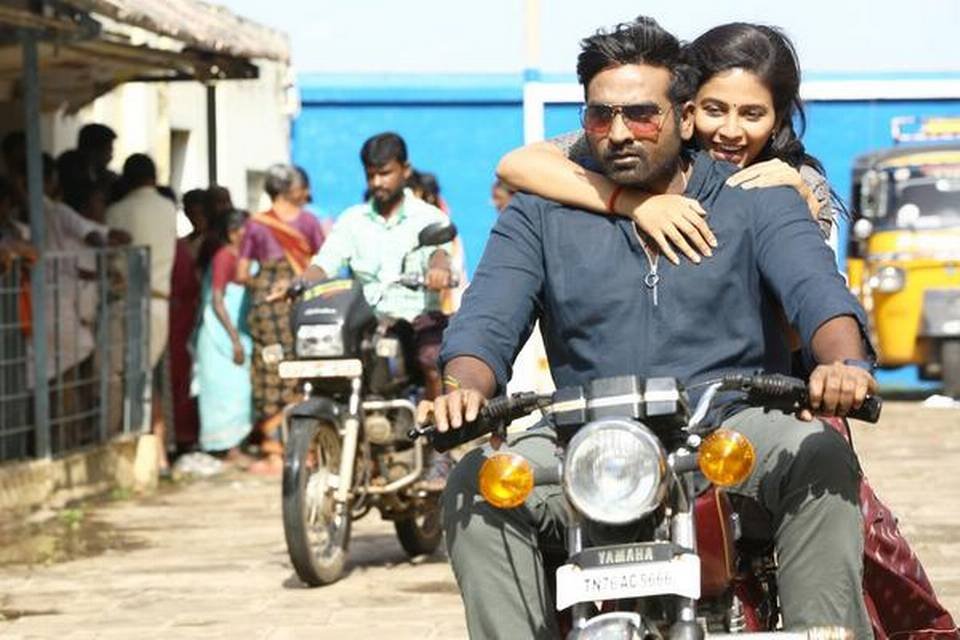 Why name it Sindhubaadh? A decent headline is critical to a news story. In much the same way, a film’s title ought to resonate with its concept. So, the question is, why did Arun Kumar name this Vijay Sethupathi film Sindhubaadh?

Is it because Sindhubaadh is the tale of a petty thief named Thiru? Is it because the story travels from Tenkasi to Thailand, and in many ways similar to a voyage Sindbad from the fables would have undertaken? Or is it because Sethupathi’s character assumes the false identity of Hakeem Sindhubaadh to fly abroad? We’ll never know.

Let’s forget about the title for a bit, and discuss the mass hero that Vijay Sethupathi actually is. A few years ago, appearing on a television programme, the actor was asked if he intends on selling himself as a mass hero? The question arose because Sethupathi was dressed in modest fashion. In typical VJS style came the reply, “Enna porutha varakkum naa mass than.” (As far as I’m concerned, I’m mass).

He then went on to star in Sethupathi and Vikram Vedha in the months and years following this incident. But Sindhubaadh is easily his ‘massiest’ film yet. VJS literally breaks goons with one punch (think Madhavan in that subway fight scene in Run), or with a single twist of their necks. Is he dressed in fashionable outfits (à la Vijay in Sarkar) while doing so? Nope.

Unfortunately, the best parts of Sindhubaadh, a film so mired in controversy, ends in the first half. Surya Vijay Sethupathi in his debut film, playing Super — the underling to Sethupathi’s Thiru — is an absolute treat to watch. The chemistry between the real life father and son carries the film for the 75-minute period until intermission, though we’re never really told how Thiru and Super end up finding one another, and how they come to be so inseparable. There is the usual, likeable, Sethupathi trademark funny scenes because we’re yet to hit the point where VJS’ signature scenes feel repetitive.

The film also makes good use of gags. Watch out for a harmless gag on Rajinikanth, which Sethupathi handles with elan in one of the fight sequences. Then there is Anjali, who pulls off Venba effortlessly. The actor finds herself in her comfort zone playing a character with similar streaks as her roles in Engaeyum Eppothum and Angadi Theru. But where Venba differs is in her decibel levels. She is literally the human incarnation of the background score in a Hari film. Venba is loud, and the audience will feel it as well.

But these elements amount to little once the second half starts running. We are introduced to what we are told is a hyper-psycho villain, who relishes murdering people. But Ling (played by Linga) turns out to be a mass film villain, if said film was shot in the 1980s or earlier. He sports a mullet-type hairstyle, uses a gun that looks like a vintage piece, and is always chasing the hero with two dozen people on the streets. Oh, and he shouts dialogues like “Unna kollaama vida maaten da!” (I won’t spare you) It is the build up sequences for the villain that, for me, effectively kills his persona even before he has achieved anything of note. In this brouhaha, it is easy to forget that the director also introduces us to a bigger don, but this person ends up being a footnote in the trail of destruction left by the hero.

All this is very confusing for the viewer as well because on the side there is a parallel track involving the captive Anjali. Eventually, all the happenings in the film is tied to Ling. Towards the fag end of the film there is another angle about skin trafficking that we are told about. And it seemed like Arun Kumar missed a trick in not developing the trafficking angle to play throughout the film. Instead, he focusses the second half run time on mindless action sequences which serves the villain and the audience no good.

In short, Sindhubaadh is a one time watch for if you want to catch a normal Vijay Sethupathi, fresh off of his Super Deluxe exploits, on the screen. But it is not a film that will go into your best of Sethupathi collection.