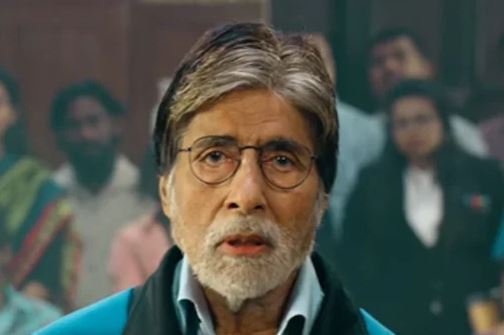 Besides being a megastar and one of the most respected figures in the Indian film industry, Amitabh Bachchan is also an avid social media user. The actor loves to keep his fans updated about his life and work and often time treats them with throwback pictures from his iconic films. However, his latest Tweet has his fans worrying about his health. On Sunday night, he took to his official Twitter handle to write, “T 4205 – heart pumping .. concerned .. and the hope ..🙏❤️”

This Tweet concerned fans and they started worrying about his health. One user wrote, “Prayers for the Speedy recovery 🌹🙏,” while another wrote, “All is well. Nothing to worry. Rest well. N sleep well. It’s gd night time.”

Meanwhile, the 79-year-old actor will soon be seen in his upcoming film Jhund. Big B plays the role of a football coach in the upcoming movie that is directed by Nagraj Popatrao Manjule and is based on the life of Vijay Barse, the founder of Nagpur’s NGO Slum Soccer.

With Jhund, Big B will be marking his first collaboration with filmmaker Manjule, who is known for notable Marathi films like Sairat and Fandry. The film also marks Manjule’s debut in the Hindi film industry. After a teaser and songs, Jhund’s trailer dropped on Wednesday. The trailer gives a glimpse into Big B’s characters as a football coach, who brings underprivileged kids together in order to form a football team. Big B’s character aims to inculcate the value of sports and make them believe in a better tomorrow.

Apart from this, he has several projects in his kitty and is in no mood to take a break. He will be seen in Runway 34, Brahmastra, Goodbye, Uyarndha Manithan, Uunchai, Project K and Butterfly.