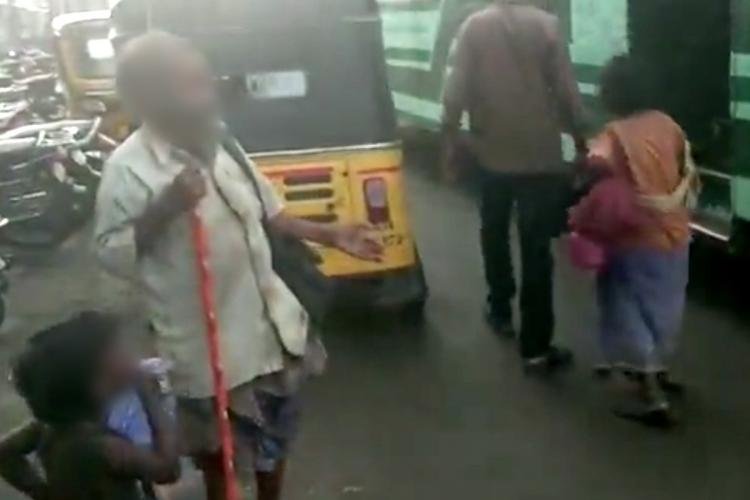 The family, including an old man with visual disabilities and a young child, were removed from the bus. The incident, caught on camera, has sparked public outrage.

The driver and conductor of a Tamil Nadu State Transport Corporation (TNSTC) bus have been suspended for forcibly deboarding a family from the Nari Kuravar community (Scheduled Caste) in Nagercoil district. A video of the incident was uploaded to social media sites, and following the outrage online, the TNSTC put out a statement saying that the driver and conductor of the bus travelling from Vadasery to Tirunelveli have been suspended.

The statement adds that both driver and conductor had acted of their own accord without consulting higher officials and that the authorities had come to know of the incident only after the video went viral. “[Both of them] have been temporarily suspended for behaving irresponsibly and discrediting the government. Further action will be taken against them,” the statement says.

Scenes of an old man who reportedly has visual disabilities, a young woman and a child being evicted from the bus went viral after the incident was captured on camera. The old man is seen struggling to walk as an auto driver in the vicinity helps him to the side, while the child is extremely distressed and crying. The conductor was also seen throwing off their luggage brusquely after which the bus pulled away. No passenger or bystander was seen intervening on their behalf.

As the event was shared widely on social media, people expressed their outrage for removing the family for seemingly no justifiable reason. People also pointed out that while rampant incidents of sexual harassment go unchecked in public transport, a family that doesn’t seem to have done anything wrong, was removed from the bus.

Another such incident took place earlier this week at a Colachel bus stop. An old fisherwoman, Selvi Mary, was deboarded from a women’s special bus after passengers complained about the smell of the fish. A video of the incident was similarly shared on social media. Selvi Mary was seen angry and defending herself at the bus stand asking if she was supposed to walk home. Demands were made to suspend the conductor and driver by many including the former state Minister for Fisheries.