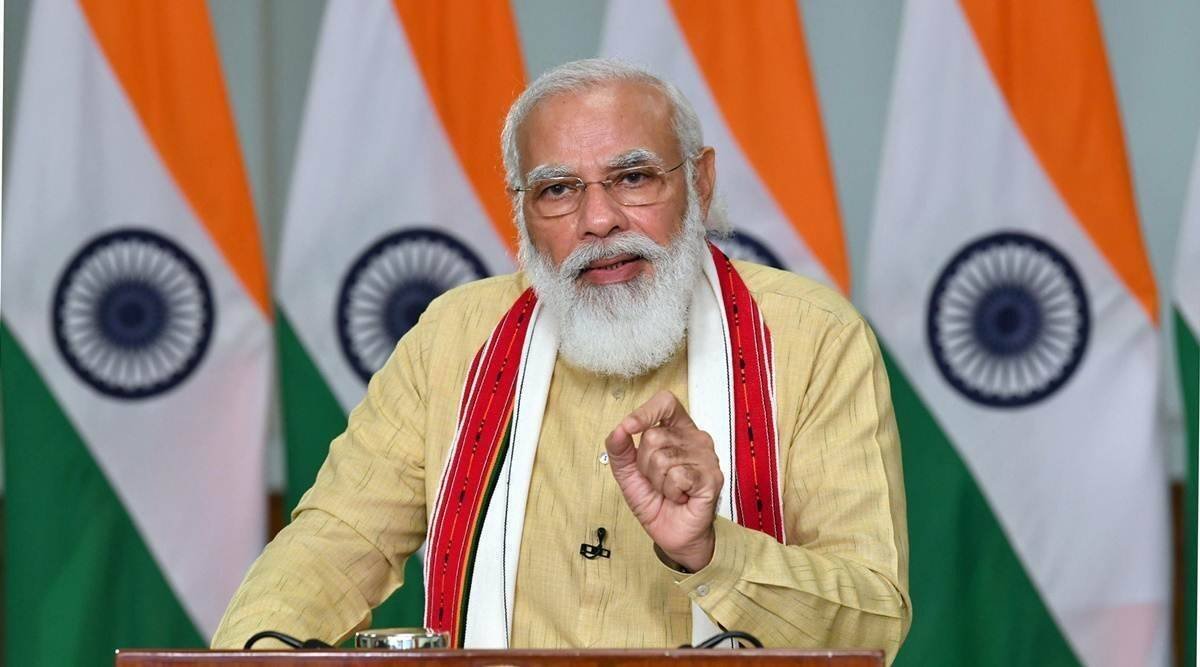 PM Modi, who will be making only his second visit abroad since the start of the Covid-19 pandemic last year, is also expected to hold a bilateral meeting with US President Joe Biden in Washington. 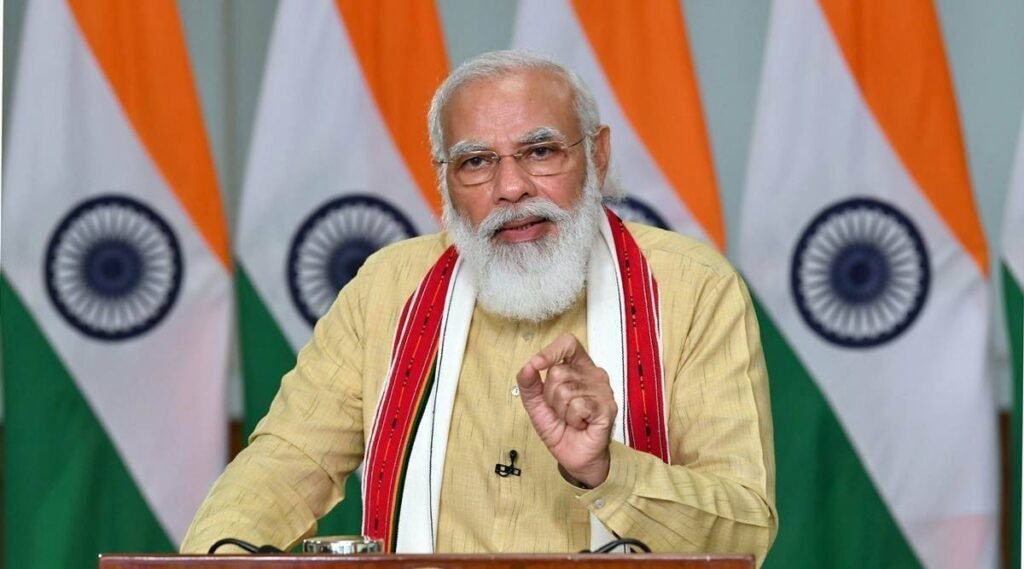 The situation in Afghanistan and ensuring a free and open Indo-Pacific in the face of continuing concerns about China’s aggression across the region are expected to be in focus when Prime Minister Narendra Modi travels to the US from September 23 to 25 to participate in the Quad Summit and to address the United Nations General Assembly.

Modi, who will be making only his second visit abroad since the start of the Covid-19 pandemic last year, is also expected to hold a bilateral meeting with US President Joe Biden in Washington.

Modi will join Biden and his Australian and Japanese counterparts, Scott Morrison and Yoshihide Suga at the White House on September 24 – six months after their first virtual Quad Summit on March 12 — when the four leaders of the Quadrilateral Security Dialogue hold their first in-person summit on September 24.

Suga’s recent decision not to seek re-election as leader of Japan’s ruling Liberal Democrat Party (LDP) because of mounting criticism of his handling of the Covid-19 crisis resulted in some uncertainty about the summit, but the US pushed for the meeting to go ahead, people familiar with developments said on condition of anonymity.

Given the widespread criticism of the Biden administration’s handling of the chaotic withdrawal from Afghanistan, the American side was keen to signal that it remains a key player on the world stage by focusing on the Indo-Pacific, the people said.

“The Biden-Harris administration has made elevating the Quad a priority, as seen through the first-ever Quad leaders-level engagement in March, which was virtual, and now this summit, which will be in-person,” White House spokesperson Jen Psaki said.

Hosting the Quad leaders demonstrates the US administration’s “priority of engaging in the Indo-Pacific, including through new multilateral configurations to meet the challenges of the 21st century”, she added.

India has insisted the world community’s approach to Afghanistan should be in line with UN Security Council resolution 2593 which demands Afghan soil must not be used for sheltering, training, planning or financing terrorist acts, and specifically raises the activities of proscribed groups such as Lashkar-e-Taiba and Jaish-e-Mohammed.

US secretary of state Antony Blinken has said the US will hold Taliban leaders to their commitment not to let Afghanistan become a safe haven for terrorism and that the U.S. will “remain vigilant in monitoring threats”.

Morrison said in a statement that reconvening the Quad “reinforces our commitment to the Indo-Pacific Covid-19 recovery, and our efforts towards peace, prosperity and stability in our region”.

The Quad, he added, represents “four great democracies working in partnership for an Indo-Pacific region that is open, inclusive, resilient and anchored by shared principles”.

Former ambassador Arun Singh, who served as India’s envoy to the US during 2015-16 and is a member of the National Security Advisory Board (NSAB), said: “The scheduling of the in-person Quad Summit is a deliberate signal that the US attaches importance to this structure for building relationships with India, Australia and Japan.”

Singh said that in the face of criticism of its drawdown in Afghanistan, the US “needed to project that they remain robust” in other international engagements.

“Hence, going ahead with the Quad Summit, about which it had been said for quite some time that an in-person meeting would be planned in the fall,” he added.

Among the issues expected to figure prominently in the Quad Summit are ways to given fresh impetus to the ambitious Quad vaccine partnership, which was announced in March and envisages the distribution of one billion doses of Covid-19 vaccines across the Indo-Pacific, and the situation in Afghanistan following the Taliban takeover on August 15.

The external affairs ministry said the Quad leaders will “review the Quad vaccine initiative” as part of efforts to contain the pandemic.

Under the vaccine partnership, the four countries were to supply US-developed vaccines, such as the Johnson & Johnson shot, that would be manufactured in India with funding from American and Japanese financial institutions. Australia was to provide logistics support to deliver doses to countries across the Indo-Pacific.

The initiative stalled after India restricted vaccine exports when it was hit by a devastating second wave of Covid-19 infections in March-April. Under a new timeframe, the vaccines are expected to be rolled out next year.

At their first 2+2 ministerial dialogue on September 11, India and Australia insisted Afghan soil must not become a safe haven for terrorists or be used for attacks on other nations, and sought steps to ensure an inclusive governing structure in Kabul.

The US has said it intends to hold the Taliban to its counter-terrorism related commitments, including severing ties with al-Qaeda and other terror groups active in Afghanistan.

The deliberations at the Quad Summit are expected to shape the approach of the four countries on the crucial issue of any recognition of the Taliban setup in Kabul. The four leaders will also exchange views on global issues such as critical and emerging technologies, connectivity and infrastructure, cyber security, maritime security, humanitarian assistance and disaster relief, climate change, and education.

At their virtual summit, the four leaders agreed to work towards setting global standards for critical technologies such as 5G and artificial intelligence, and to take further steps to ensure the Indo-Pacific remains a free, open and inclusive region with trade activities conducted under the framework of international rules.

These steps were perceived as efforts to counter China’s aggressive and assertive actions across the region.

Sameer Patil, fellow for international security studies at Gateway House, said India and Australia had highlighted the Quad’s positive agenda during their maiden 2+2 dialogue to counter the projection of the grouping as an “anti-China alliance”. He said, “The four members realise that they have varying degrees of dependence on China, which means the Quad needs something beyond the China factor to sustain itself, lest it meets the same fate as Quad 1.0.”

Patil added that the Quad is also attempting to focus on issues such as vaccine distribution, critical technologies and supply chain resilience so that the grouping has “a lasting presence and a diverse agenda to work on”.

Modi’s bilateral meeting with Biden will be their first in-person encounter since the US president assumed office earlier this year, though they have interacted at virtual events and spoken on phone several times.

The PM is scheduled to address the general debate of the high-level segment of the 76th session of the UN General Assembly in New York on September 25. The theme for this year’s debate is “Building resilience through hope to recover from Covid-19, rebuild sustainably, respond to the needs of the planet, respect the rights of people, and revitalise the United Nations”.