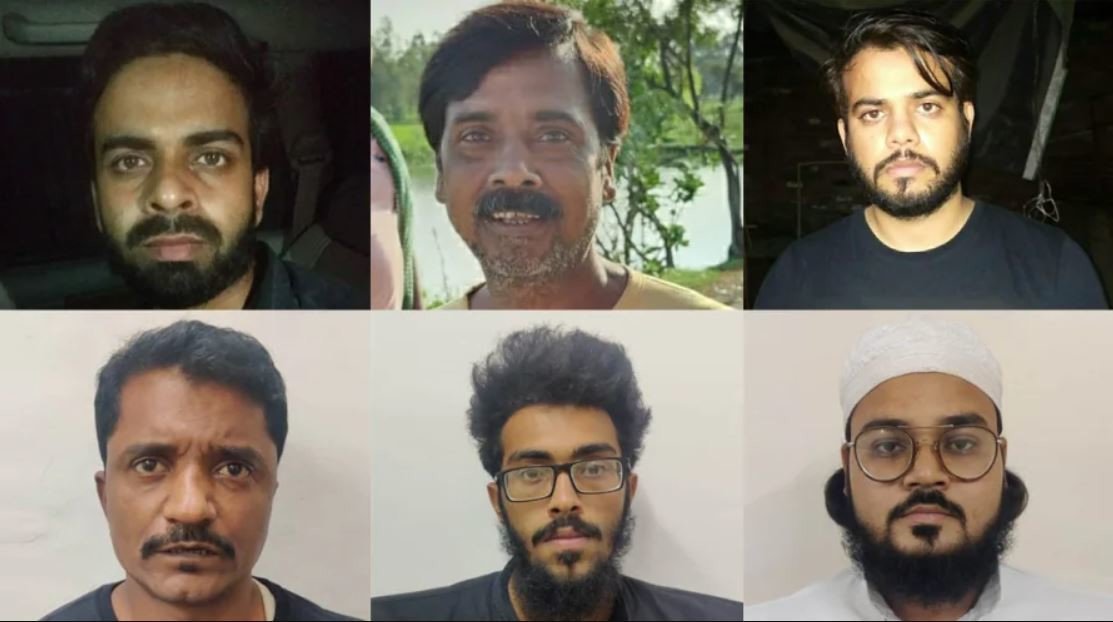 The terrorists were first made to go to Muscat, Oman’s port capital, on a valid visa where they quarantined for 10 days. After this, they were sent to Iran by sea.

The six terrorists, including two Pakistan-trained terror operatives, arrested on Tuesday were trained in a farmhouse on the outskirts of Karachi by Pakistan army personnel and were taught “how to cause maximum damage”. They were made to travel to Pakistan via two other countries. CNN-News18 has accessed exclusive travel and military training details of the group.

The group was first made to go to Muscat, Oman’s port capital, on a valid visa where they quarantined for 10 days. After this, they were sent to Iran by sea. From Iran they went to Karachi, using a boat.

After reaching Karachi, they stayed in a farm house on the outskirts of the city. Three people from the Pakistan army trained them about bomb-making and reading maps. They also talked to them about how to make maximum impact by targeting high density population areas.

Delhi Police Special Cell, along with Uttar Pradesh ATS, had busted this terror module. The police further said underworld don Dawood Ibrahim’s brother Anees was part of the team and funding was being done through Hawala network.

Those arrested have been identified as – Jaan Mohammad Shaikh (47) from Maharashtra, Osama (22) from Delhi, Moolchand (47) from Uttar Pradesh’s Rae Bareilly, Zeeshan Qamar (28) from Allahabad, Mohd Abu Bakar (23) from Behraich and Mohd Amir Javed (31) from Lucknow.

The police said the arrests were made during raids at various places in Uttar Pradesh, Maharashtra, Delhi and Rajasthan. Those arrested were doing recce of cities ahead of upcoming festive season, police said, adding, “Navarati and Ram Leela gatherings were their targets.”

“Out of the six who were arrested, two (Osama and Zeeshan) were trained in Pakistan and they entered India just this year. We formed a special team when we received information about these individual. First arrest was made in Maharashtra, then two from Delhi, following that we tied up with UP ATS to arrest three from there,” said Neeraj Thakur, Delhi Special CP (Special Cell) during a press conference.

The police have also recovered arms, ammunition, explosives and special pistols that were supposed to be used for targeted killings from their possession.