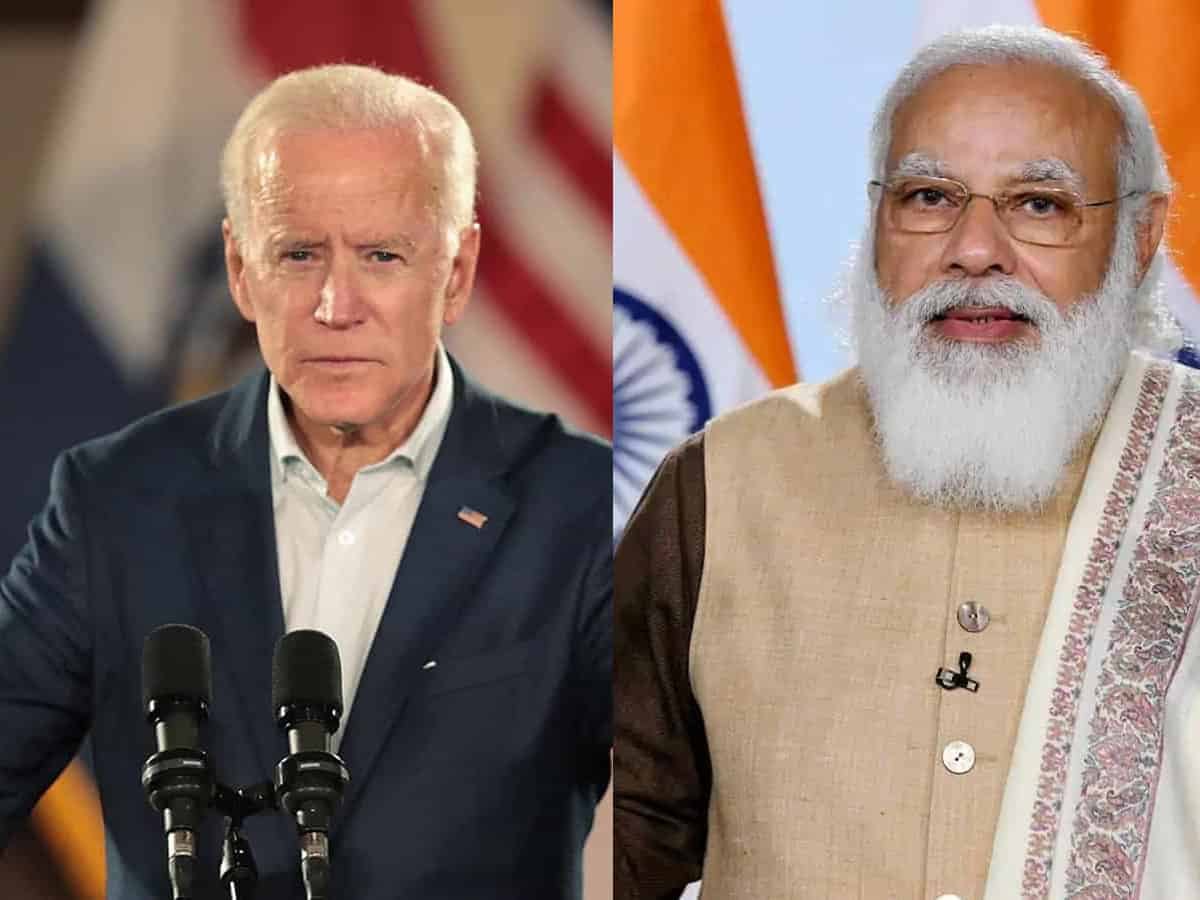 Narendra Modi is also expected to participate in the first in-person Quad — India, US, Australia, and Japan — leaders’ summit in Washington on September 24 being hosted by US President Joe Biden at the White House.

Prime Minister Narendra Modi and US President Joe Biden, during their bilateral meeting on September 24 in Washington, are expected to discuss ways to stem radicalisation and combat terrorism, Foreign Secretary Harsh Vardhan Shringla said on Tuesday.

Modi and Biden are also expected to discuss ways to bolster defence and trade ties between the two countries, he added.

He added, “Modi and Biden will review the robust and multifaceted ties between the India and the US. They will also deliberate on ways to further enrich India-US global partnership.”

As per a tentative schedule, PM Modi’s visit will take place between September 22-27. During his trip, the Prime Minister is expected to visit both Washington and New York.

Biden will host Modi for their first in-person bilateral meeting at the White House on September 24.

Later on the same day, Modi is expected to participate in the first in-person Quad — India, US, Australia, and Japan — leaders’ summit in Washington on September 24 being hosted by US President Joe Biden at the White House. Apart from addressing the crisis unfolding in Afghanistan, the two sides will also be working on an ambitious agenda concerning the Indo-Pacific region.

Modi will later address the General Debate of the 76th session of the UN General Assembly (UNGA) on September 25 in New York.

This will be Modi’s first visit to the United States since President Joe Biden assumed charge early this year. The two have met virtually on at least three occasions – the Quad summit in March, the climate change summit in April, and the G-7 summit in June this year.

Modi was supposed to travel to the UK for the G-7 summit where he could have met Biden, but had to cancel the trip due to the second Covid-19 wave across India.