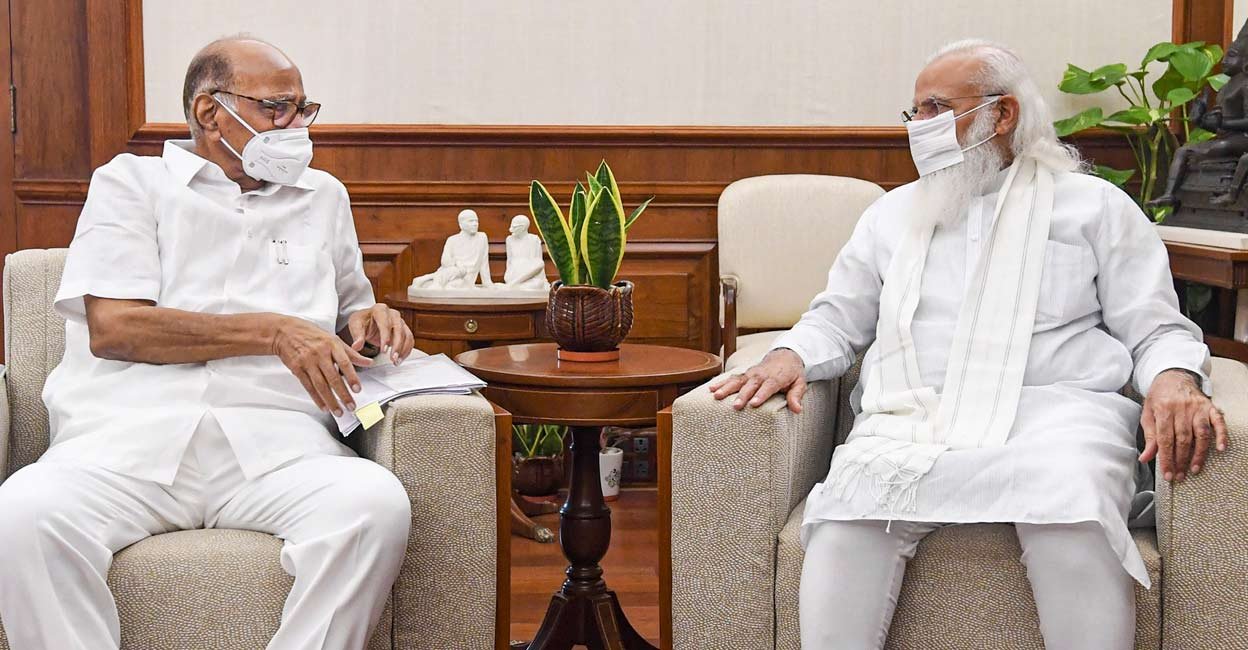 National Congress Party (NCP) supremo Sharad Pawar met with Prime Minister Narendra Modi at the latter’s residence for a nearly hour-long tete-a-tete over issues of national interest on Saturday. This was also the NCP chief’s first one-on-one meeting with PM Modi since 2019.

The meeting between Sharad Pawar and PM Modi is significant as it comes amid rumblings within the Maha Vikas Aghadi (MVA) government in Maharashtra, a three-cornered alliance formed by the Shiv Sena, NCP and Congress.

After the meeting with PM Modi, Sharad Pawar said that no politics was discussed between the two.

WHAT PM MODI, PAWAR TALKED ABOUT

Sharad Pawar had written to PM Modi earlier, saying that the existence of cooperative banks and their cooperative character should be protected. During his interaction with PM Modi on Saturday, Sharad Pawar said he had sought time with respect to the letter about cooperative banks that are now being monitored by the Reserve Bank of India.

In light of the Banking Regulation Rules cleared by the Parliament in September 2020, Sharad Pawar told PM Modi that this is intruding into the state’s rights as cooperative banks are under the ambit of the state government.

Sharad Pawar said that he also discussed the Covid-19 situation in India with PM Modi before the all-party meeting on Sunday. He is also going to be a part of the meeting.

Over the last couple of days, Sharad Pawar has had back-to-back meetings with Union ministers — first, Piyush Goyal, the newly-appointed Leader of the House in Rajya Sabha, visited Pawar at his residence in Delhi ahead of the Monsoon Session of the Parliament. Pawar then met Defense Minister Rajnath Singh on Friday.

A veteran leader widely recognised for his political acumen, Sharad Pawar is the main architect of the ruling MVA coalition in Maharashtra and is seen as a lynchpin for any future opposition alliance against the BJP.

The 80-year-old veteran leader is also known for his warm relations with politicians across party affiliations.