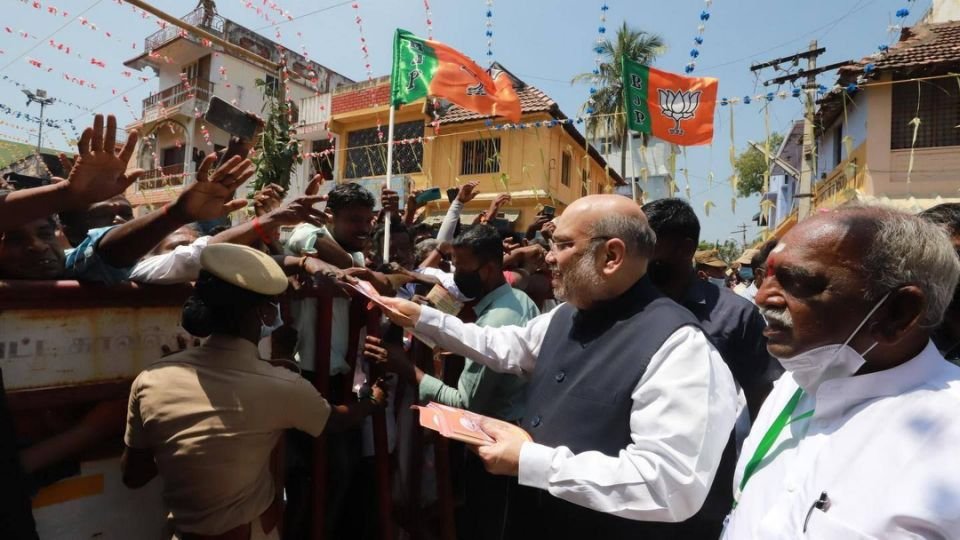 Shah displayed confidence that the party would win the by-poll and also the upcoming Assembly election where it is contesting as part of the All India Anna Dravida Munnetra Kazhagam (AIADMK)-led National Democratic Alliance (NDA).

Shah tweeted Sunday, “Launched @BJP4TamilNadu’s door-to-door campaign from Suchindram, Kanyakumari. Under @narendramodi Ji’s leadership, the development of Tamil Nadu is our topmost priority. I appeal people of the state to elect the BJP-AIADMK alliance with an absolute majority.”

The BJP has nominated Union Minister Pon Radhakrishnan for the Lok Sabha by-poll.

Quote: ‘Confident coalition government of AIADMK-BJP-PMK will be formed’

“I am sure about the outcome (of the polls), looking at the excitement of the people both in Kanyakumari Lok Sabha seat as well in the Assembly polls,” he said, implying the NDA’s victory, according to The News Minute.

“I am confident that a coalition government of AIADMK-BJP-PMK will be formed (after the Assembly polls),” he added.

The by-poll was necessitated due to the death of Congress MP H Vasantha Kumar last year due to COVID-19. The Kanyakumari Lok Sabha segment also has six seats in the state Legislative Assembly. However. The BJP is not contesting in any of the six seats.

Tamil Nadu Assembly elections will be held in a single phase on April 6 across 88,936 polling stations.

The counting of votes will be held on May 2.

The election for the vacant Kanyakumari Parliamentary seat will be conducted simultaneously on April 6, the Election Commission of India has announced.