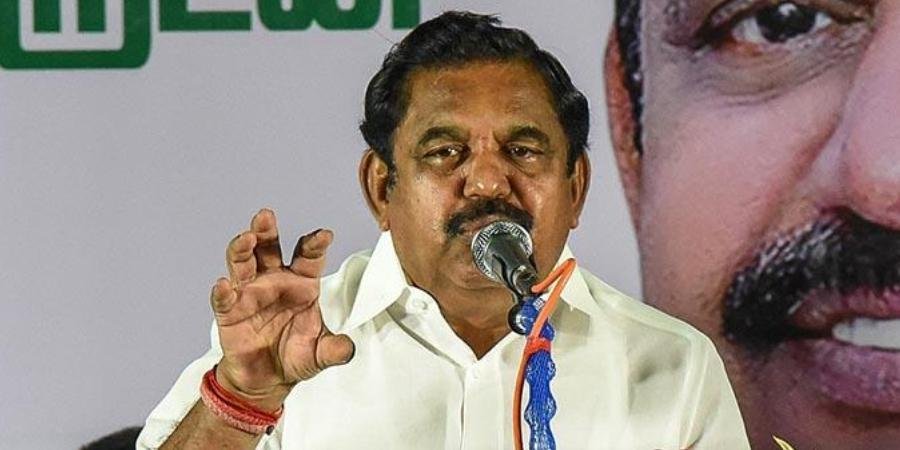 CHENNAI: The AIADMK in Tamil Nadu on Monday assured an assistance of Rs 1,500 per month to women family heads, in an announcement that bettered the DMK’s poll promise of Rs 1,000 made a day ago, with the ruling party claiming it was not a copycat measure and has been in the pipeline.

Making the announcement on the Women’s Day and a day after the DMK came out with the cash support to women family heads if the party was voted to power in the assembly polls, AIADMK top leader and Chief Minister K Palaniswami also promised six cooking gas cylinders free of cost to families in a year.

The AIADMK manifesto for the April 6 assembly elections would soon be released with several more ‘satisfying’ schemes for people, he told a press conference here.

“To ensure economic equality in society, for every family, Rs 1,500 per month would be handed over to women heads of families,” he told a press conference here.

Greeting the women, he said for their welfare, six Liquefied Petroleum Gas (LPG) cylinders would be provided free of cost every year, but did not specify any criteria for availing these benefits.

Palaniswami, flanked by party coordinator and Deputy Chief Minister O Panneerselvam, addressed the presser, in what appeared to be an attempt to rebut reports in a section of media that there was ‘discord’ between the two top leaders.

Palaniswami replied in the negative when asked if the ruling party copied DMK president M K Stalin’s promise of Rs 1,000 per month to women announced as part of a vision document at a poll rally in Tiruchirappalli on Sunday.

“It is worng,” he said, claiming the AIADMK’s proposal had got somehow ‘leaked’ and based on it, Stalin had made the announcement on Sunday, Palaniswami said.

For about ten days, the AIADMK has been preparing the manifesto, and the Rs 1,500 assistance proposal had got leaked through some who were eager to share such a welfare idea with others, he maintained.

Seat-sharing with allies, identification of constituencies to be fought by partners and all other poll-related work like picking candidates would soon be finalised, the AIADMK leader added.

In his announcement, Stalin had said: “For all the women family heads in Tamil Nadu, we are going to provide every month Rs 1,000 ‘rights’ assistance. As a result, all the families that get food (essential) commodities from Public Distribution Outlets would be benefited for sure.”