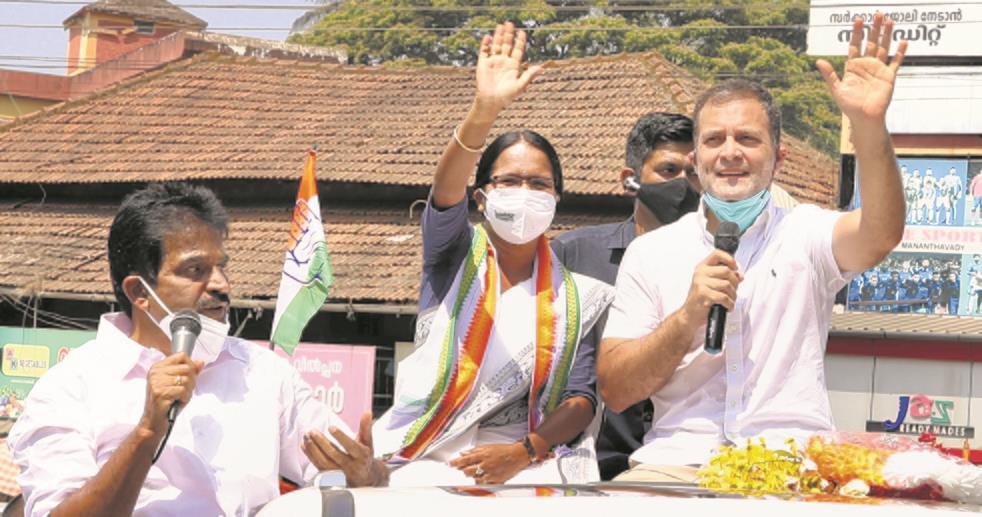 Congress leader Rahul Gandhi on Thursday accused Prime Minister Narendra Modi of “helping” the big corporates instead of empowering the millions of poor in the country.

While campaigning for Congress candidates contesting in the April 6 elections from assembly seats falling in the Wayanad Lok Sabha constituency, he said, “The PM believes if you inject money in the hands of the biggest businesses, you can start the economy. But all that happens is that those big corporates take that money away.”

Gandhi held roadshows in Mananthavady and Sultan Batheri in Wayanad seeking votes for the party candidates.

Addressing an election meeting in Kalpetta, the former Congress president claimed that his party has a solution to solve the problem of economic crisis.

He said his party believes that “if you want to start an economy you have to put money into poor people’s hands”.