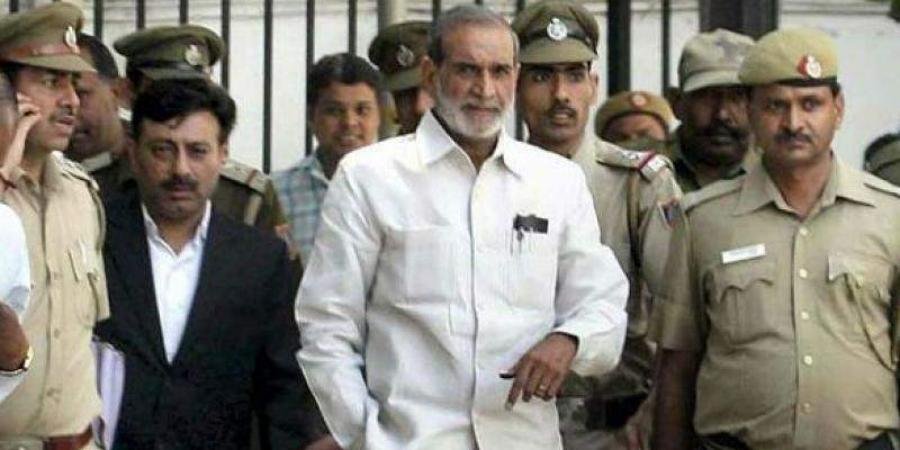 Senior advocate Vikas Singh, appearing for Kumar, argued that interim bail be granted to Kumar on health grounds as he has been in jail for 20 months and has lost nearly 16 kg weight.

Senior advocate Vikas Singh, appearing for Kumar, argued that interim bail be granted to Kumar on health grounds as he has been in jail for 20 months, has lost nearly 16 kg weight and needs to recover from past ailments.

Singh said that Kumar would abide by all the conditions which would be imposed by the court.

Senior advocate HS Phoolka, who has been appearing for some of the riots victims, opposed the plea and said the required treatment is already being given to Kumar at hospital. “We will hear you finally someday but cannot grant you bail like this,” said the bench, also comprising Justice A S Bopanna and V Ramasubramanian.

“We are not treating the judgement (of the Delhi High Court which convicted and sentenced Kumar in the case) as faulty merely because it has reversed earlier verdict. We will hear you finally someday,” the bench said.

Kumar is serving life imprisonment after the Delhi High Court had convicted him and others in the case on December 17, 2018.

The high court had reversed the acquittal of Kumar by the trial court in 2013 in the case related to the killings of five Sikhs in the Raj Nagar Part-I area in Palam Colony in southwest Delhi on November 1-2, 1984, and burning down of a gurdwara in Raj Nagar Part-II.

The riots had broken out after the assassination of then prime minister Indira Gandhi on October 31, 1984 by her two Sikh bodyguards. On May 13, the apex court had dismissed the plea by Kumar who had sought interim bail or parole on health grounds, saying he did not need hospitalization as per medical report at the moment.

In its verdict, the high court had convicted and sentenced Kumar to imprisonment for “remainder of his natural life” in the case saying the riots were a “crime against humanity” perpetrated by those who enjoyed “political patronage” and aided by an “indifferent” law enforcement agency.