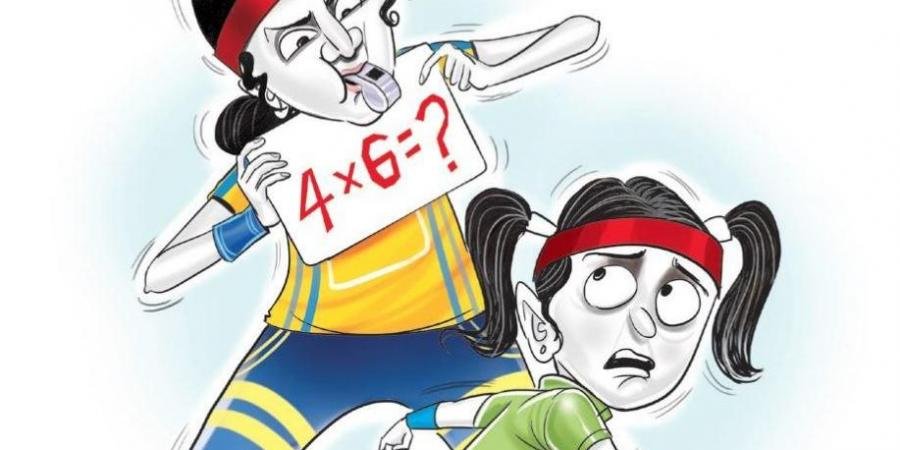 On Teachers’ Day, here are a  few good reasons to celebrate all our terrific teachers.

On Teachers’ Day, here are a  few good reasons to celebrate all our terrific teachers.

When you’re a student, teachers are known only specifically in the context of school and not outside. There is nothing more horrifying than knowing a teacher outside of school, because do you still call her ‘Miss’? Do you still stand up when she passes by and say ‘Good Morning’? I would rather be dead than call her aunty, and our relationship isn’t at the point where we can call each other on first-name basis, you know? I probably had the strangest out-of-school relationship with my seventh standard Math teacher. Not only did she teach me Math, but she also taught me squash at an academy. Therefore, she saw me sweat while trying to find out what four into six was, and sweat while running across the court. I feel bad for her now — my answer papers were hard to look at, but to see me running? Now that’s a memory you can’t multiply by zero.

Culture shock
This teacher is the one who always takes the seniors for any and all culturals. He’s always way more invested in the events than us students, failing to realise that we’re only here because we don’t want to sit in class. Have you ever heard of someone preparing for Modern United Nations (MUNs)? Aside from a trip to Forever 21 to pick up a formal jacket, finding out which of the other schools’ delegates were cute, and Wikipedia-ing the capital of your chosen country, I don’t think anyone actually reads up on foreign policy, international relations, or debating. Our music teacher in school would choreograph dance steps for songs we sang at culturals, so that we would score extra for ‘stage presence’, even if that meant we had to make a rose with our palms and pretend to search around the hall while singing Kaadal rojave, engae nee engae(Oh love! where are you?).

Miss, one more mark, Miss!
This lady must be charitable in her personal life. Maybe she works with underprivileged children, donates to the homeless, etc. However, getting marks from this teacher is harder than convincing a homophobe that gay people also have healthy relationships, and have the right to get married. My history teacher in eighth standard once failed me by giving only 19 out of 50. I’ve always wondered what she had against me — was it because I didn’t appreciate the unquestioning way we had to learn about the past, which had just as many valid and discerning viewpoints as we do now? Or was it because I gave Akbar a whole new life, two Hindu wives instead of one, a horse named Cherapunji, and made him battle with the English colonisers somewhere in Salem? No, it can’t be that, she was just cheap with marks.

All the class is a stage
We all had that one English teacher who said ‘who’, ‘what’, ‘why’ and ‘when’ with an exaggerated ‘h’ sound, and got way too excited while reading Shakespeare. She’d assign roles and close her eyes and smile while we read the line in a bored monotone. There would be a moment where someone would pronounce a word incorrectly, upon which all literary hell would break lose, and she would dramatically announce that she would do the reading in the way it was ‘supposed to be read’. What followed was the most extra enactment of the plays that have mild homosexual undertones, while the class rolls their eyes and hope that Romeo and Juliet just do the whole double suicide thing already.