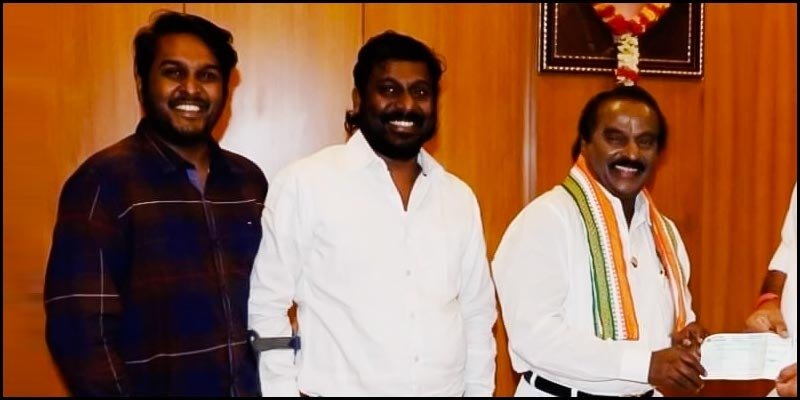 Actor Vijay Vasanth, whose father H Vasanthakumar passed away last week, has clarified regarding rumours on him contesting elections from the Kanyakumari parliamentary constituency.

Congress MP H Vasanthakumar was suffering from corona infection and was receiving treatment, and passed away on August 28 following which he was cremated on August 30 in his hometown. Currently, the Kanyakumari parliamentary constituency is vacant after the demise of Vasantha Kumar.

Recently there were demands that Vasantha Kumar’s son Vijay Vasanth must contest elections from the Kanyakumari constituency and there was no response from Vijay Vasanth. Yesterday, a silent procession was held in Kanyakumari to commemorate the 7th day since the demise of Vasanthakumar. After the procession, Vijay Vasanth clarified regarding contesting the election, saying that he had not made any decision on the election, and that his father Vasanthakumar did well in the responsibility he was given by the party. Vijay Vasanth added that he’ll follow what the party decides and has not made any decision regarding contesting the elections.