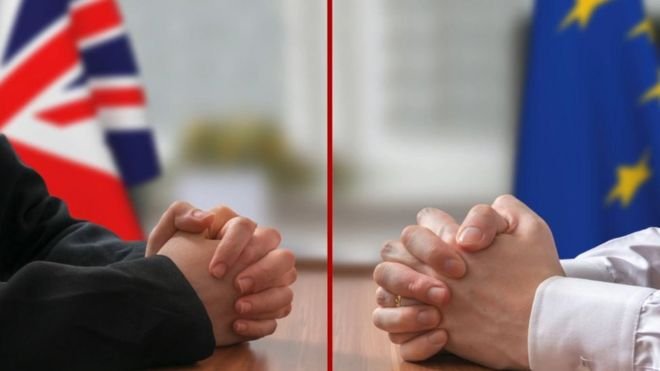 Why is the UK seemingly prepared to sacrifice a trade deal with the EU on the altar of state aid?

Given successive Conservative governments have been instinctively reluctant to intervene in the private sector, preferring to let free-market capitalism take its course, why now is it determined to secure a right to do something it almost never does?

One former Remain-voting cabinet minister told the BBC: “There is no point going through the pain and disruption of Brexit if you are not able to spend money on what you want afterwards. I understand why they are taking this line.”

So what does the government want to spend money on? Surely it can’t be to prop up struggling primary industries like steel so we can dump cheap subsidised commodities on EU markets – the traditional feared outcome of anti-competitive state intervention.

Rohan Silva, a former adviser to David Cameron and entrepreneur, says it’s in new industries, not old, that state aid is really powerful.

In 2010, he says, the Conservative government was keen to foster investment in the companies of the future by offering generous government incentives, but found itself constrained by EU state aid rules.

“We couldn’t support companies as they grew as much as we wanted for as long as we wanted. If you are going to leave the EU, you should make the most of it,” he says.

To some ears, this sounds suspiciously like politicians picking winners, something Conservative governments are historically suspicious of.

Another former minister, David Gauke, told the Today programme: “When I was at the Treasury, most of us questioned the value for money you get when you allow politicians an enormous amount of discretion on which companies and sectors to support.

“There is plenty you can do to create the right environment for investment without going down that route.”

However, the evidence from the US and China is compelling. The US is hardly a stranger to free-market capitalism, but the government is not shy about giving emerging technologies a leg up.

The Defense Advanced Research Projects Agency (Darpa) is a research and development agency of the US Department of Defense credited with inventing the mouse, GPS and, er, the internet.

The Small Business Administration’s stated aim is “to maintain and strengthen the nation’s economy by enabling the establishment and viability of small businesses”. It has an office in every state and spends nearly $1bn a year backing small firms.

EU state aid rules do not allow you to give money to save failing companies – this is defined as companies that made recurrent losses in recent years.

Almost every single start-up in the world makes losses in the early years: it took Amazon over a decade to make a profit. Free of the EU’s shackles, the UK government could foster home-grown technology giants.

That’s the plan, according to those close to Dominic Cummings. But is it worth scuppering a trade deal with the UK’s closest and biggest trading partner?

As Prof Brian Cox tweeted this morning: “The UK can’t grow a tech company to rival Apple and Google through state aid, surely? Apple is worth as much as the entire FTSE 100. Are we really going to gamble away our (excellent) existing industries because Dom has a crazy dream?”

Or as former MP David Gauke told the BBC’s Today programme: “It’s an extraordinary punt: giving up good access to the European market in the hope that we have ministers and officials who are really good at identifying new tech opportunities.”

Given that the government’s own analysis estimates that a no-deal Brexit will mean the UK economy will be up to 9% smaller in 15 years than it would have been otherwise, it’s a gamble with hundreds of billions at stake.