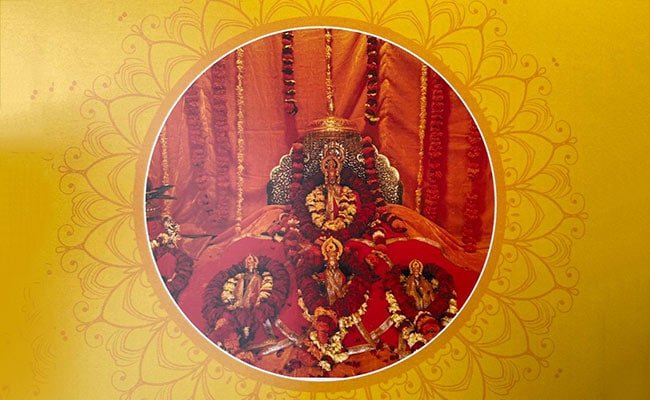 Two days before the grand Ram Temple ceremony at Ayodhya in Uttar Pradesh, details like the guest list and the invitation card have been unveiled. The invite mentions Prime Minister Narendra Modi and three more names, indicating a vastly trimmed list in the time of COVID-19.

The invite also has an image of the idol of “Ram Lalla” or infant Lord Ram. Each invitation has a security code that will work only once; if the guest exits the venue they will not be allowed back in, according to Champat Rai of the Ram Temple trust.

Invites have been sent to some 175 people for the elaborate “Bhoomi Pujan” organized on Wednesday in the middle of the nation’s coronavirus fight.

The invitations are only for residents of Ayodhya. The first invite went to Iqbal Ansari, one of the Muslim litigants in the Ayodhya case, according to news agency ANI. “It is Lord Ram’s wish,” he was quoted as saying.

The mega function organized by Yogi Adityanath will miss some of the key faces of the Ram temple campaign in the BJP – LK Advani, Murli Manohar Joshi and Uma Bharti.

Mr Advani and Mr Joshi, both invited on the phone, will reportedly join the event virtually to observe coronavirus precautions. Uma Bharti said she would, for the safety of the PM and other guests, stay away from the event and visit the site after everyone was gone.

Champat Rai said the invitees were finalized only after they RSVP-ed on phone calls. “We have the Covid situation, that’s why we have kept social distancing in mind. We have personally called and apologised to many people. Age is a factor too. How will Advani ji (91) come at his age? So we have carefully prepared a list around these compulsions,” he said.

On inviting the Muslim litigant, Mr Rai said: “Celebrating an event does not mean someone else should feel bad. No one should be teased.”

PM Modi is expected to establish a 40 kg silver brick for the symbolic start of the construction of a Ram Temple that has been central to the BJP’s core agenda and election promises for decades.

The Ram Temple will be built after years of dispute over the 2.77 acre site where the 16th century Babri mosque stood before it was razed by Hindu activists who believed it was built on the ruins of an ancient temple marking the birthplace of Lord Ram.

In November, the Supreme Court said the site would be handed over for the building of a temple and an alternative five-acre site would be given to Muslims.