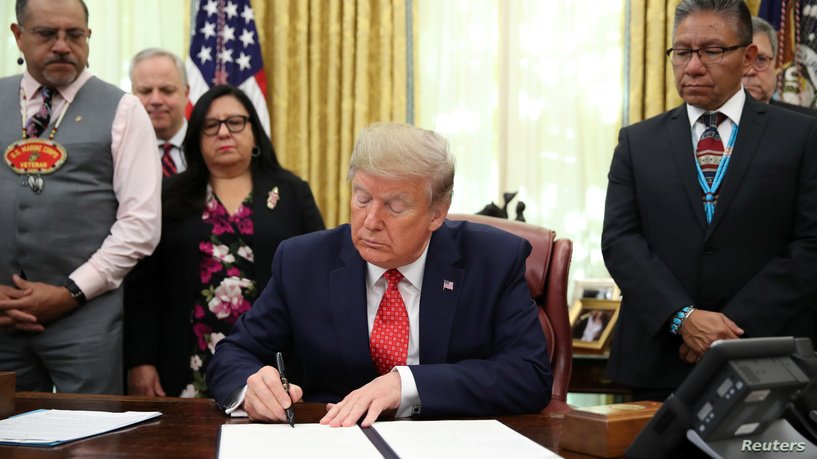 Surrounded by leaders of four Indian nations or tribes, Trump said Operation Lady Justice is something that previous administrations should have approved years ago.

“The statistics are sobering and heartbreaking … more than 5,000 Native American women and girls were reported missing in a single year, Trump said.” While the majority return home or are found, too many are still missing … and they usually don’t find them.”

The president said studies show that Native American women in certain tribes are 10 times more likely to be murdered than the average American.

“We’re taking this very seriously … we will bring new hope to Native American communities … we will deliver justice for the victims, closure for the families, and safety to those in harm’s way,” he said.

Attorney General William Barr said the task force would include more than $1 million for special investigators in 11 separate U.S. Attorneys offices to look into the backlog of cases.

The Native American representatives who watched Trump sign the executive order say they feel as if their prayers are being answered.