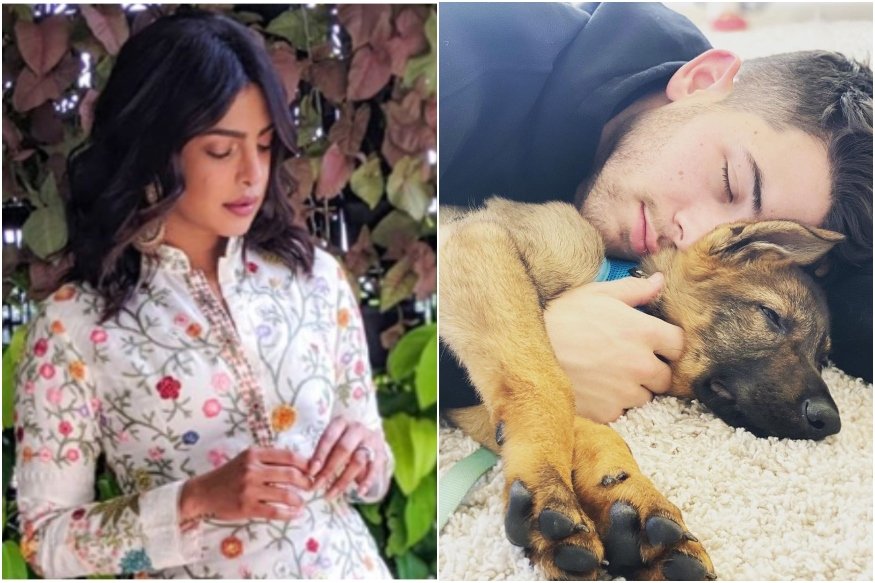 Priyanka Chopra had a big surprise planned for Nick Jonas as she gifted him with the most adorable puppy ahead of their wedding anniversary. Read in detail below.

Priyanka Chopra was reunited with Nick Jonas after having spent few weeks away from him due to work commitments. Priyanka was in India for the shooting of her upcoming Netflix film The White Tiger and was spotted in New Delhi and Mumbai during her stay here in India. She even attended a couple of Bollywood parties over the weekend and even offered her condolences to Shabana Azmi and designer Manish Malhotra, who lost their respective parents during the month.

However, all things done for now, Priyanka had planned a big surprise for Nick as she woke him up in the morning with an adorable gift that the latter had no inkling of. Priyanka gifted Nick a puppy and even posted pics and videos from the time she surprised him in his bedroom. Nick seems so overwhelmed and happy on receiving the gift that he could not even understand it at first. But then, Priyanka makes him realise that its his gift ahead of their first wedding anniversary that falls on December 1. The couple has named the puppy Gino and he has an Instagram account as well. Counting, Diana, Nickyanka now own two puppies.

Upon receiving the gift, Nick took to Instagram to share the moment with his fans. He even posted candid pics and videos from the time on social media. Captioning the post, he wrote, “Pri came home with the absolute best surprise this morning. Please meet our new pup @ginothegerman I haven’t stopped smiling since I woke up this morning and finally realized what was going on. Thank you (sic).”

Check out adorable pics and videos of Nick with his new pup here:

so much cute in the same frame. 😂🐶❤ happy almost anniversary baby. #repost @nickjonas • Pri came home with the absolute best surprise this morning. Please meet our new pup @ginothegerman I haven’t stopped smiling since I woke up this morning and finally realized what was going on. Thank you @priyankachopra ❤️ 🐕

Back with my boys.. 😍welcome home @ginothegerman .. we still love you mostest @diariesofdiana 🐶❤️😍 @nickjonas