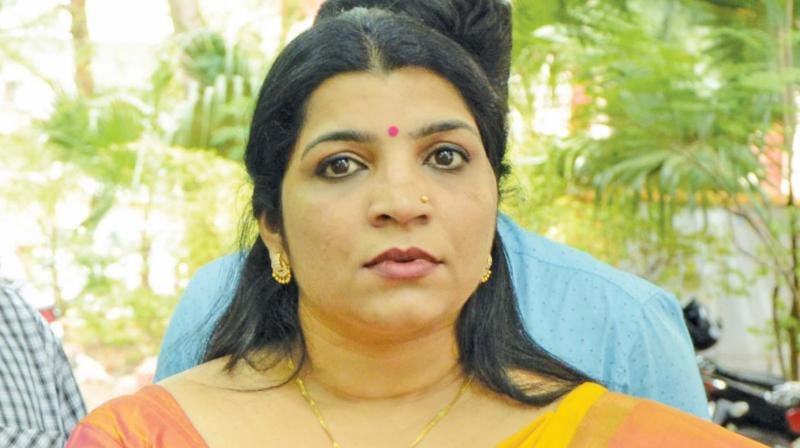 The order comes nearly a decade after they were booked.

COIMBATORE: A judicial magistrate in Coimbatore court on Thursday convicted Saritha Nair (42) of Kakkanad near Ernakulam, for cheating a group of people here to the tune of Rs 45 lakh in cases related to installation of windmills and sentenced them to three years imprisonment. Ms Nair is also an accused in the solar power panels scam in Kerala.

The sixth judicial magistrate K.R. Kannan sentenced the accused Saritha along with her manager and accomplice Ravi C (47) to three years imprisonment, besides slapping a fine of Rs 10,000 on the duo; failing to pay the same, the two will have to serve nine more months in jail.

However, the court reserved the sentence for her former husband and partner Biju Radhakrishnan (45) who has also been convicted by the court.

The order comes nearly a decade after they were booked. The judicial magistrate found the three guilty of cheating people.

Sources at the district crime branch (DCB) of Coimbatore rural police said that two cases were registered based on complaints filed by four persons.

In 2008, industrialists from Coimbatore and Salem to have windmills installed, had invested Rs 26.50 lakh, Rs 4 lakh and Rs 7lakh respectively in International Consultancy and Management Solutions — Power and Connection, a concern operated in Vadavalli here by Saritha where Ravi served as manager.

Subsequently, in the following year, another individual paid the company Rs 6.87 lakh in return for having windmills installed, all of which never materialized. The second case for cheating people was registered and the duo and Biju were booked. However, charge-sheet in the two cases was filed in 2010 and 2011 under Sections 120B (Criminal conspiracy) and 420 (Cheating) of the IPC. In 2016 the trial had begun and the verdict pronounced today. After the order, Saritha and Biju filed bail applications.