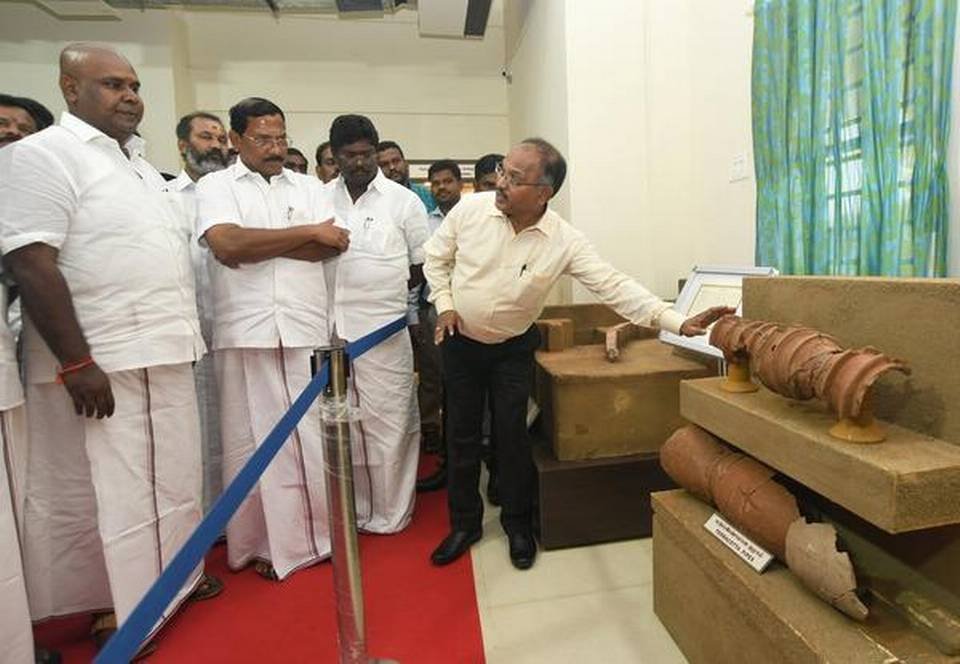 ₹12.20-crore structure, to be esblished at Konthagai, will have a ‘live excavation site,’ says Minister

A three-storey museum with a live excavation site to give the ‘Keeladi experience’ would be built within a year at Konthagai village, 12 km away from Madurai, said Tamil Official Language and Tamil Culture Minister K. Pandiarajan here on Monday.

Inspecting three galleries where around 6,800 exhibits are displayed at World Tamil Sangam, he said the display with infusion of some virtual reality experience was only a teaser for the museum, tobe built on an outlay of ₹12.20 crore. “The 10,000 artefacts excavated by Archaeological Survey of India (ASI) and the 6,800 exhibits we have found will be on display. We have a good rapport with the ASI. It is not true that the excavation would have stopped when ASI concluded the initial stages of study as former Chief Minister Jayalalithaa was always aware of the site’s potential,” he said.

To facilitate practical application of history, students of schools in and around Madurai would be invited to visit World Tamil Sangam and five trained guides will take them through the exhibits, the Minister said. When asked why many exhibits were yet to be placed in glass cases, Mr. Pandiarajan said that they would be protected. “It is important to ensure that no artefact is stolen or replaced with a fake,” he said.

The Minister said the sixth phase of excavation would begin on January 15 in Manalur, Konthagai and two other villages near Keeladi. The work would continue with vigour at Adichanallur in Thoothukudi district and Sivagiri in Tirunelveli district.

On the long-pending promise of installing a Tamil Thai statue in Madurai, as announced in the Assembly by Jayalalithaa in 2013, Mr. Pandiarajan said they were deciding on the material to be used for it. “Two tenders for the ₹100 crore project were floated and cancelled. We first thought of designing it on the lines of Trevi Fountain in Rome but later realised that there were many artisans in Tamil Nadu who were skilled in making brass sculptures. Once the tender is finalised, the project will be taken up completed in 18 months,” he said.