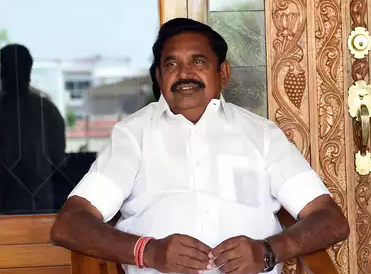 CHENNAI: The Tamil Nadu government on Tuesday announced a 5 per cent hike in dearness allowance for its pensioners and family pensioners with effect from July 1.
This would mean the allowance would go up from the existing 12 per cent to 17 per cent. It comes in the wake of the Union government enhancing the allowance payable to its pensioners and family pensioners to 17 per cent on Monday.
The state government order is applicable to government pensioners, teacher pensioners of aided and local body educational institutions and other pensioners of local bodies.
State government employees, who drew a lumpsum payment on absorption in public sector undertakings, autonomous bodies, local bodies and cooperative institution and are entitled to restoration of commuted portion of pension as well as revision of the restored amount, are also eligible.
In the case of divisible family pensioners, dearness allowance will be divided proportionately.
Former Travancore-Cochin state pensioners drawing their pension on November 1, 1956, in the treasuries situated in the areas transferred to Tamil Nadu on that date — Kanyakumari district and Sengottai taluk of Tirunelveli district — will also be benefited by the hike.
Pensioners, who are in receipt of a special pension under extra-ordinary pension rules and compassionate allowance are eligible to get the hike.
The state government will issue separate orders regarding sanction of dearness allowance to the widows and children of the deceased contributory pension fund/non-pensionable establishment beneficiaries of the state government and former district boards, who are drawing ex-gratia.