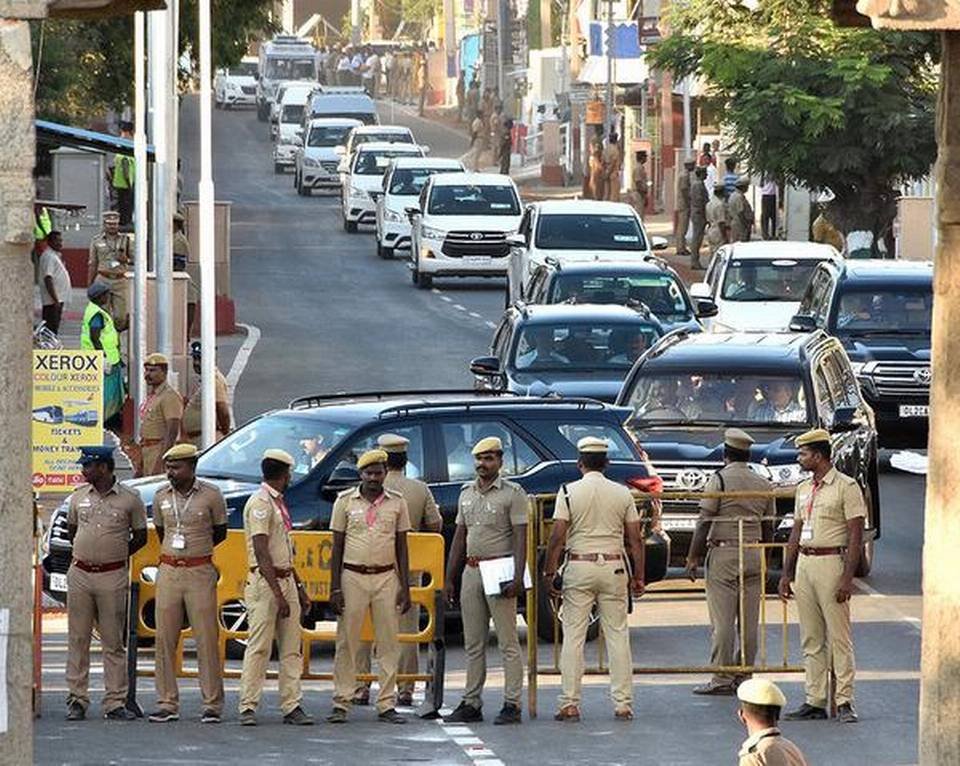 A day before the visit of Prime Minister Narendra Modi and Chinese President Xi Jinping to the city, security forces conducted a drill with a convoy of armoured bulletproof limousines on city roads, besides holding elaborate rehearsals on security arrangements in the city and the summit venue at Mamallapuram.

Elaborate arrangements have been made by the State government to welcome the visiting the leaders at the airport. Roadside parks have been spruced up and encroachments removed. Bunches of sugarcane and young plantain trees have been tied ornately on roadsides, besides flags of both countries being unfurled.

From Thursday morning, central agencies and security officials from China oversaw arrangements put in place from the airport. Security agencies, including the Chennai city police, carried out the drill on the VIP routes from where the Chinese cavalcade is scheduled to travel to the ITC Grand Chola Hotel in Guindy, from the airport. Traffic at intersections from where the convoy will cross was halted during the rehearsal. Even pedestrians were restricted from crossing the VIP route before commencement of the drill.

The place of stay, roads and venue of the summit have been brought under surveillance of the police and security agencies. Armed policemen and personnel in plain clothes have been deployed around the hotel. All vehicles and guests are allowed only after thorough frisking and checks.

“All other information relating to the security of the Chinese President is classified. There will be more than 10,000 police personnel deployed for bandobast duty during the two days. During such high-level visits, airspace over the venue of the summit and the place of stay will be closed,” said sources.

While exact details of security arrangements for Mr. Xi’s visits are never made public, there is a standard protocol for such matters.

When moving between locations, Mr. Xi and his entourage will travel in a bulletproof car. They will be accompanied by his personal bodyguards and a full motorcade.

Meanwhile, the city traffic police said ECR, OMR and GST Road would be closed for the public, when the VIP is moving, during the two days from Friday.

Educational institutions, IT companies, commercial establishments and the general public have been advised to plan their travels in advance.