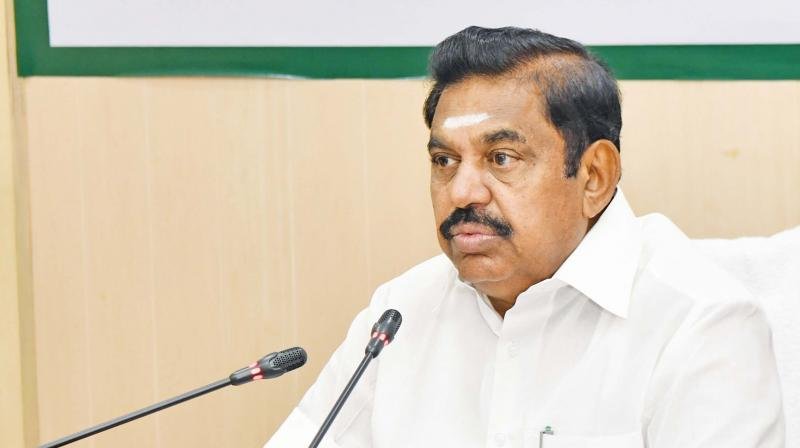 Mr. Stalin out of political animosity, is repeatedly making false accusations and repeating falsehoods in the hope they will become true.

SALEM: Refuting DMK opposition leader M K Stalin’s criticisms of the manner in which the State government handled the failed rescue mission of the toddler Sujith Wilson from an uncovered borewell in a village near Manaparai  as misconceived and uninformed, senior AIADMK leader and Chief Minister Edappadi K Palaniswami on Thursday said the National Disaster Response Force (NDRF) was involved in the operations, though “despite our best efforts the poor boy could not be brought out alive.”

“Mr. Stalin out of political animosity, is repeatedly making false accusations and repeating falsehoods in the hope they will become true, but the facts of our rescue efforts speak for themselves,” Mr. Palaniswami said in a strong rejoinder to the DMK leader’s poser as to why the State government had not sought the help of the Army at the early stage of the operation itself.

Speaking to reporters at Omalur near here, Mr. Palaniswami said in the rescue efforts, various governmental and other organisations including NDRF were all consulted and the technologies and technical advice as given by them were utilised to bring out the boy alive. “But unfortunately, Sujith could not be retrieved alive,” he said.

But, unfortunately, Mr. Stalin was politicizing the issue, by repeating unfounded charges about the State government’s rescue mission, Mr. Palaniswami pointed out. The NDRF includes para-military personnel and the force has been specifically raised to be pressed into service in such disaster-mitigation situations. So, for Mr.  Stalin to ask why the Army was not called is a misconceived and wrong question, Mr. Palaniswami asserted, in a detailed rejoinder to the DMK leader at Salem.

The Chief Minister also pointed out that during a similar incident in Theni district in 2009, a six-year-old boy Mayi Irulan who was trapped in a borewell was not retrieved alive. That happened during the earlier DMK regime and Stalin as Deputy Chief Minister then did not even visit the village, nor did they use any sophisticated technology then to bring out the boy alive, Palaniswami added.