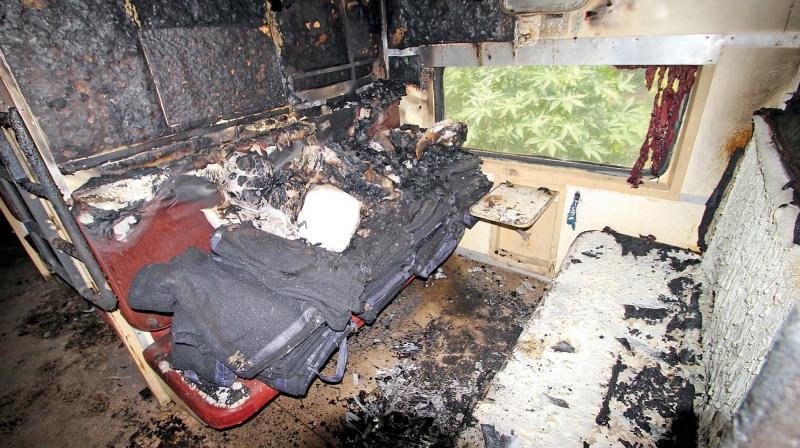 A worker at the yard found thick smoke coming out of the AC compartment.

An air-conditioned coach of Nagercoil Express was completely gutted in a fire, believed to be triggered by gas leak, when the train was stationed in the yard at Coimbatore railway junction on Monday.

The Nagercoil Express, plying daily between Nagercoil and Coimbatore, reached here on Monday morning around 7.20 am and after passengers got down from the train, the rake was taken to the yard for washing.

A worker at the yard found thick smoke coming out of the AC compartment and following an alert by maintenance staff, railway police along with the fire fighters put off the fire after a 45-minute struggle. All the plush seats inside the coach were gutted before the fire could be put off.

Preliminary investigations revealed that a gas leakage in the air-conditioned compartment could have caused the fire.

A railway source told the DC that ten coaches are added to the Nagercoil Express at Maniaachi station including two AC coaches, five reserved coaches, two unreserved, and one ladies compartment. The AC compartment could have remained without being checked thoroughly, some technicians here suspect. Fortunately, the mishap happened after all passengers had de-boarded the train, they added.