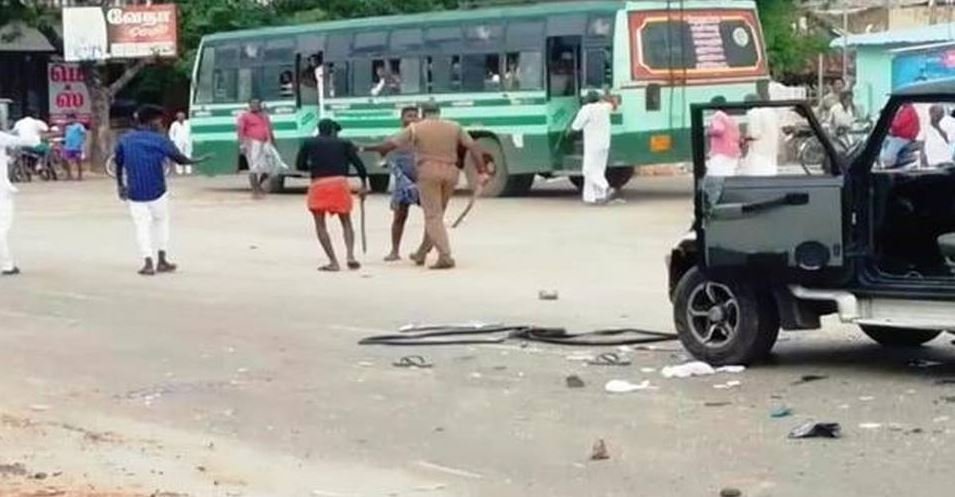 Tension gripped Vedaranyam town on Sunday evening after a statue of Ambedkar in the town was demolished in daylight following a clash between two caste groups.

Shops were closed and bus services halted as a few hundred policemen took positions at vantage points to control the situation.

Two persons injured in the clashes were admitted to the Nagapattinam Government Hospital.

The clash erupted following injuries caused to a pedestrian belonging to the Dalit community in an accident reportedly caused by a vehicle driven by a person belonging to a dominant Hindu community.

Supporters of the injured person reportedly reacted by setting the vehicle ablaze. Hundreds of members from the dominant community attacked the Dalits and damaged the statue of Ambedkar.

The situation was brought under control late in the night. The Inspector General of Police, Tiruchi Zone, V. Varadaraju rushed to the spot.

“Pickets have been posted. About 400 police personnel have been deployed in the town,” Deputy Inspector General of Thanjavur Range J. Loganathan said.

The situation was being monitored continuously. Cases will be booked based on complaints from both sides, the DIG said.

The Superintendents of Police of Nagapattinam and Tiruvarur districts are camping in the town.