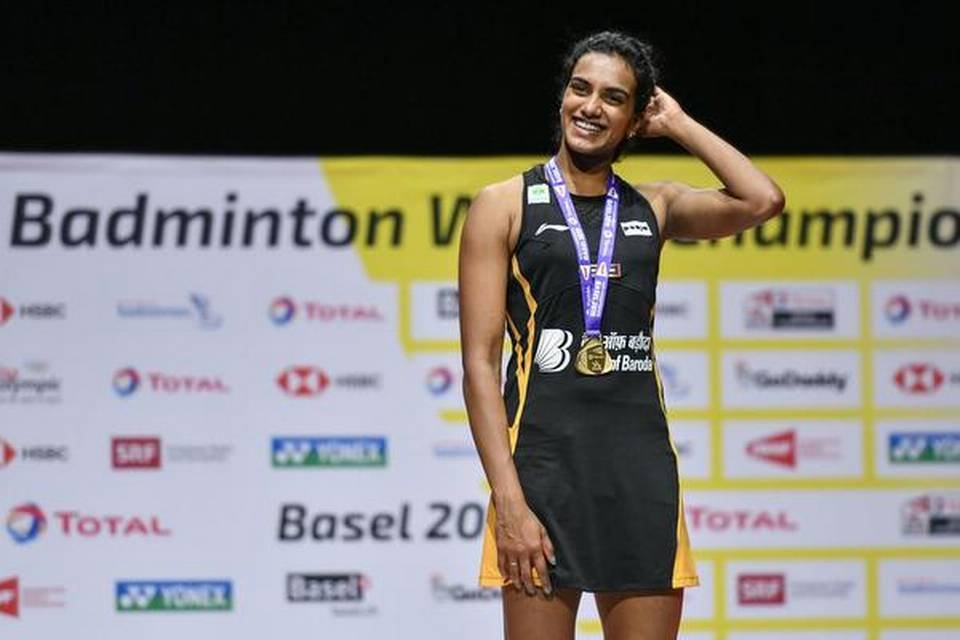 An elated Sindhu says her next goal is the Olympic gold.

India’s golden girl of the moment P.V. Sindhu says she played the best and most consistent badminton in recent times in the World championships.

Sindhu said she was fully prepared for the final and was in a much better frame of mind.

“Honestly, I was expecting a long battle, given Okuhara’s reputation. But, I am glad that I could peak at the right time and never really let the lead slip away,” Sindhu said.

“Definitely, the Korean coach Kim Ji Jyun’s inputs and Gopi sir’s guidance were major plus points in my campaign,” she said. “I must say Kim has her own effective style of getting the best out of me,” she added.

“I never felt any pressure before entering what was my third final. I just wanted to give my best shot and didn’t bother whether I would win or not when the final started,” she revealed. “The best part is there were very few unforced errors and it was a near-perfect game,” she said with a big smile.

“Well, I didn’t expect it to be such a one-sided final but I must say I played as well I could in the most important match of the championship,” Sindhu said. “I was really dominating from the start,” she added.

Not a conscious ploy

“It was not a conscious ploy to attack right from the first game but since every aspect of my game was falling in place, I just ensured that the momentum never really slipped away. I am immensely delighted with what is the most important win of my career,” she said.

“I can’t say whether there was any specific turning point in the championship but I must repeat that I was at my best in this World championship over a week and that was the key to my success,” Sindhu said.

“Yes, this is the biggest gift I could give to my mother who is celebrating her birthday today and I dedicate this win to my parents, grandparents, coaches, all the support staff at the Gopi Academy and fellow-players who have always been there with me,” she said.

“Well, one goal is achieved and the next one is there — Olympics. I will really work hard and will prepare to win that one also by doing well in the Super Series in the run-up to the Tokyo Games next year,” an elated Sindhu concluded.