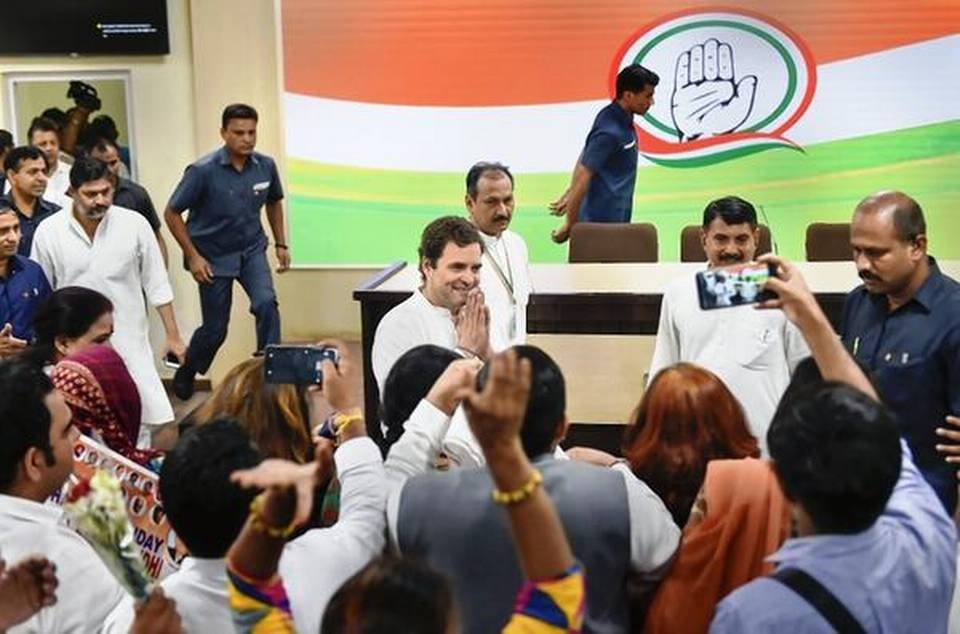 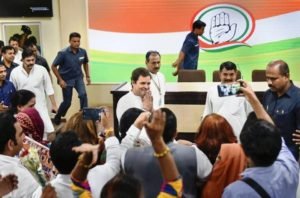 Throwing down the gauntlet to the Congress’s ‘old guard’, 145 office bearers who had risen from the Youth Congress ranks resigned en masse on Friday “in honour of” Rahul Gandhi’s decision of May 25 to step down from the President’s post.

The mass resignations followed a six-hour-long meeting of former Youth Congress office bearers who have since been elevated to various positions in the party. As many as 373 Congress functionaries participated in the meeting. Their main demand is that the present Congress Working Committee (CWC) must be disbanded and that the Pradesh Congress Committee Presidents of the 17 States where the party failed to win a single Lok Sabha seat should step down.

This group of younger functionaries are also hoping that the mass resignations would convince Mr. Gandhi to return. After almost a month of refusing to meet any senior leaders, Mr. Gandhi met leaders from four poll-bound States on Thursday and Friday.

The move is seen as a challenge to the old guard and a pressure tactic to push for the implementation of Mr. Gandhi’s plan of fixing accountability. Party officials, who spoke on condition of anonymity, said Mr. Gandhi had expected his resignation to spur many others to follow voluntarily, allowing for a shake up of the party organisation. Instead, more than a month later, the stalemate persists with senior leaders attempting to coax him to return.

The number of resignees is expected to swell in the coming days.

A bigger meeting has been planned for July 2, when Congress office bearers from across the country are expected to reach Delhi.

“The people who are responsible for the Lok Sabha debacle should take the onus instead of blaming Rahul Gandhi alone,” AICC secretary and Bihar in-charge Virender Rathore told The Hindu. “Mr. Gandhi has fought single-handedly against Narendra Modi and the BJP machinery,” he added.

The rallying cry of Friday’s meeting was that Mr. Gandhi was let down by the “old guard” and that he needed to return. “It’s not just the Congress, the country needs him,” asserted Virender Vashisht, AICC Secretary Overseas. “Our Constitution is in danger and within days of the return of the BJP government, people are being killed in the name of religion; in such a situation we can’t let the party remain in a precarious situation,” he added.

Other resignations too followed in the wake of the meeting of the younger leaders. AICC General Secretary in-charge of Madhya Pradesh, Deepak Babaria, who was handpicked by Mr. Gandhi for the post, quit. “Why should Mr. Gandhi alone be blamed for the party’s performance, we all should take the responsibility,” Mr. Babaria said.

Rajya Sabha MP Vivek Tankha tweeted that the stalemate can’t be allowed to continue for long. “We all should submit our resignations from party positions and give Rahul ji a free hand to choose his team. Party cannot afford a stalemate for too long,” Mr. Tankha tweeted, offering his resignation as Chairman of the Law Department of the AICC.