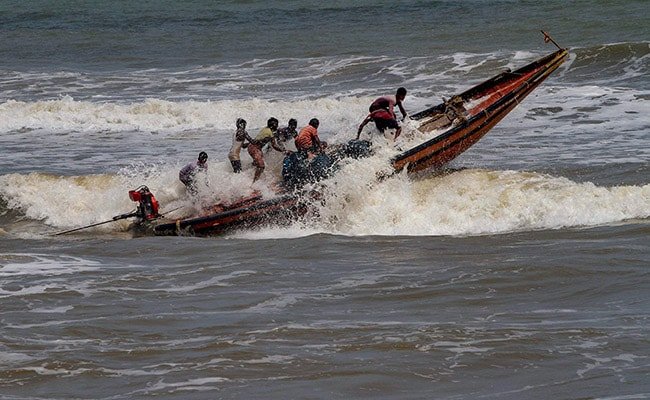 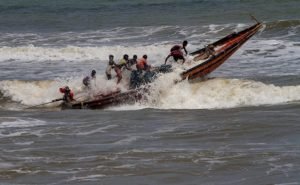 With Cyclone Fani expected to make a landfall in Odisha anytime after tomorrow afternoon, authorities are carrying out evacuations on a war footing in the low-lying coastal areas to ensure no lives are lost by the cyclonic storm, said to be the worst since the super cyclone of 1999 that killed around 10,000 people and devastated large parts of the state.

At least 14 Odisha districts – Puri, Jagatsinghpur, Kendrapara, Balasore, Bhadrak, Ganjam, Khurda, Jajpur, Nayagarh, Cuttack, Gajapati, Mayurbhanj, Dhenkanal and Keonjhar – are likely to bear the brunt of the cyclone Fani, which is likely to make landfall between Gopalpur and Chandbali anytime after tomorrow afternoon, with wind speed of up to 200 km per hour.

Over eight lakh people will be moved to 880 cyclone centres, school and college buildings and other structures that have been set up for the purpose. According to Special Relief Commissioner (SRC) B P Sethi, this is the largest-ever evacuation operation in the country.

Sand artist Sudarsan Pattnaik urged people to stay calm and help each other.

My humble appeal to all Don’t Panic! Stay safe and help each other during #CycloneFani . pic.twitter.com/4CDXN1KmQR

The cyclonic storm is likely to move north-northeastwards and cross the Odisha coast near Puri tomorrow with wind speed of 170-180 kmph and gusting up to 200 kmph.

Cyclone Fani – also pronounced as ‘FONI’ — is being tracked by Doppler Weather Radars at Chennai, Vishakhapatnam and Machilipatnam, the SRC said.

Chief Minister Naveen Patnaik, who reviewed the preparedness on Wednesday evening, has asked the authorities to give special attention to pregnant women, children, elderly people and differently-abled persons. Arrangements have been made to start free kitchens to provide cooked food to the evacuees, the SRC said.

Mobilization of 180 expecting mothers in Ganjam district has been done as a precautionary measure for #CycloneFani. @CMO_Odisha@SRC_Odishapic.twitter.com/1ZEADdrKYF

Over one lakh dry food packets have been kept ready for air dropping in the areas to be affected by the cyclonic storm.

Cyclone Fani, which will make landfall in south Puri, is expected to be the worst storm since the super cyclone of 1999 that claimed close to 10,000 lives and devastated large parts of the state.

Navy, Air Force, Army and Coast Guard have been put on high alert to meet any eventuality. Personnel of National Disaster Response Force (NDRF), Odisha Disaster Rapid Action Force (ODRAF) and fire service have been sent to vulnerable areas to assist the administration, an official said.

The evacuation exercise from low lying areas is expected to be completed by today evening, Special Relief Commissioner (SRC) B P Sethi said.