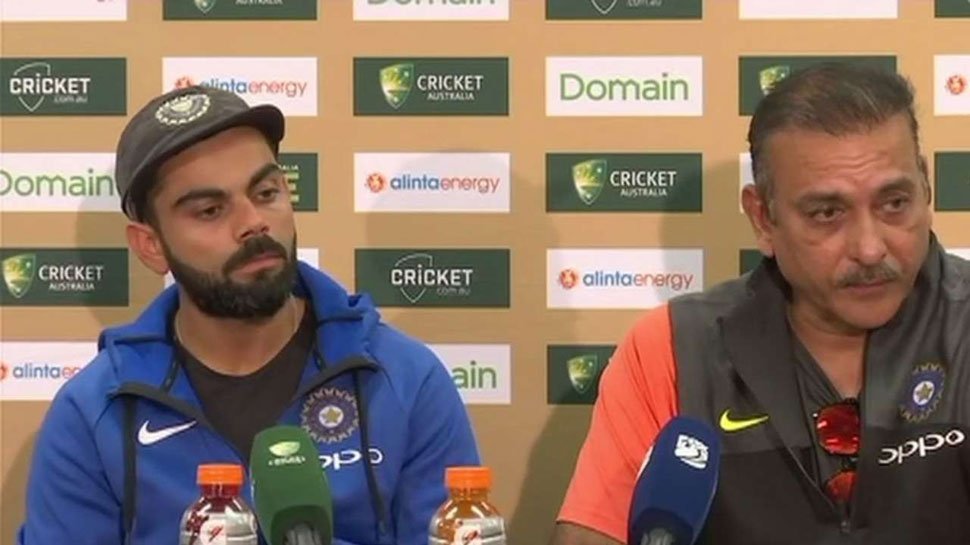 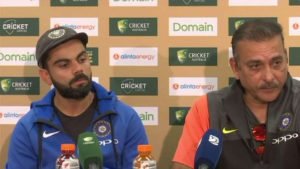 India defeated Australia 2-1 to win their first Test series in Australia in 71 years and Shastri wasn’t short of praise for his wards.

“I will tell you how satisfying it is for me. World Cup 1983, World Championship of Cricket 1985, this is as big, or even bigger, because it is in the truest (Test) format of the game. It’s Test cricket, which is meant to be the toughest,” said Shastri on Monday.

“I said in Melbourne – I think I mentioned people taking pot shots and firing blanks. I wasn’t joking there, because I knew how hard this team had worked. When you fire from there, by the time it crosses the southern hemisphere, it’s blown away by the wind like a tracer bullet,” he said.

“This is an Indian cricket team that will jump over a cliff to win a match for the country. And that’s the determination, that’s the ruthlessness, that’s the mindset with which this team went to play in this series. Hats off to them for showing that courage.”

“Today I can say I am proud of my boys and I can also tell them one thing, which Virat touched in the presentation, that this team now has an identity to look at any other Indian team from the past in the eye and say ‘We play proper Test match cricket. You did, we did too but without being intimidated’,” added Shastri.

Not someone who shies away from expressing his thoughts, Shastri said that he believes in living in the present as he expectedly lauded skipper Virat Kohli.

“Past is history, future is a mystery. We have won today after 71 years and I’d like to live in the present and salute my captain for being the captain of the team that defeated Australia for the first time in Australia in a series,” he added.

Glowing in his praise, Shastri repeated what he has often said about the skipper, hailing his passion and ability to lead from the front.

“I don’t think anyone plays Test cricket with more passion than he does. At least I don’t see any other international captain coming close to him on the field when it comes to showing that passion needed to play the game,” the former all-rounder said.

“He is very expressive, which is different to others. Other captains could have different personalities but Virat is someone who is in your face and it rubs off on all the youngsters who are watching the game in India,” he tried explaining the skipper’s persona.

The best part about Kohli, according to the coach, is his ability to walk the talk by setting examples.

“The entire team watches him and they want to emulate him, and to believe that they can be someone like him who can go out there and strive for excellence. So when an individual puts his neck on the line as captain then the others follow.

“And you have seen that transition happening over the last two-three years where guys in the team have become more and more confident, about their own ability and the ability of the team as well and it’s made all the difference,” he added.

For Shastri, the series win in Australia is a culmination of all the hard work put in during the year starting from the away series against South Africa in January, last year.

“This tour didn’t start in Australia. This tour started 12 months ago in South Africa, where we said that there’s a certain brand of cricket that we are going to play, we will experiment with combinations, find out what suits the team the best and take it forward from there.”

“We learnt a lot in South Africa and we learnt a lot in England. We made mistakes, which we didn’t make in this series. We learnt from those mistakes and fired it home properly. So the most satisfying part of this was it was a team that was working over those last 12 months,” said Shastri.

The hallmark of a good team is being able to seize the vital moments and the current team has slowly started doing that.

“What we learnt is to seize the important moments. Going back to the first Test when we were 40/4, or 70/4 or 80/5, from thereon to reach 250, you knew deep down that could have a huge impact on the series.”

“Similarly, taking wickets in Melbourne with Jasprit Bumrah going through that spell when he was hot, and you know taking six wickets on the trot. Those are the kind of sessions that could be crucial,” he said.

The Indian team especially, Kohli and Shastri have always maintained that the 1-4 scoreline in England wasn’t an indicator of how closely the series was fought.

“In England, we lost it because the lower order often got runs against us. When we could have bowled out England much more cheaply, we didn’t do it. Here at least, we managed to do that. So that can be a big difference.”

“And in fact, our lower order when least expected got runs, so that made the difference with the opposition. If anyone tells me that this Australian attack is not quite there, put your pads on and go and play them, you will find out,” the coach said with his customary swagger.

Ravichandran Ashwin’s persistent injuries in foreign conditions have been a thing of worry but Shastri is happy that Kuldeep Yadav with his five-wicket haul could soon be in line for a permanent place in the Test line-up irrespective of conditions.

“Why abroad? Test cricket. Period. If Kuldeep can deliver like that, if he can improve, there could be a permanent place for him, for all you know. That’s what we have done with this team. You mentioned Bumrah. You see Hanuma Vihari. You see Rishabh Pant. You see Mayank Agarwal. These are guys who have got opportunities this year.”

“There is Prithvi Shaw, who got an opportunity; unfortunately he is injured, but as many as six players have broken into the ranks. You don’t see that many coming through in a year in an established team that is ranked number one. We have given the opportunities, and it is up to the guys to grab it,” the proud coach stated.