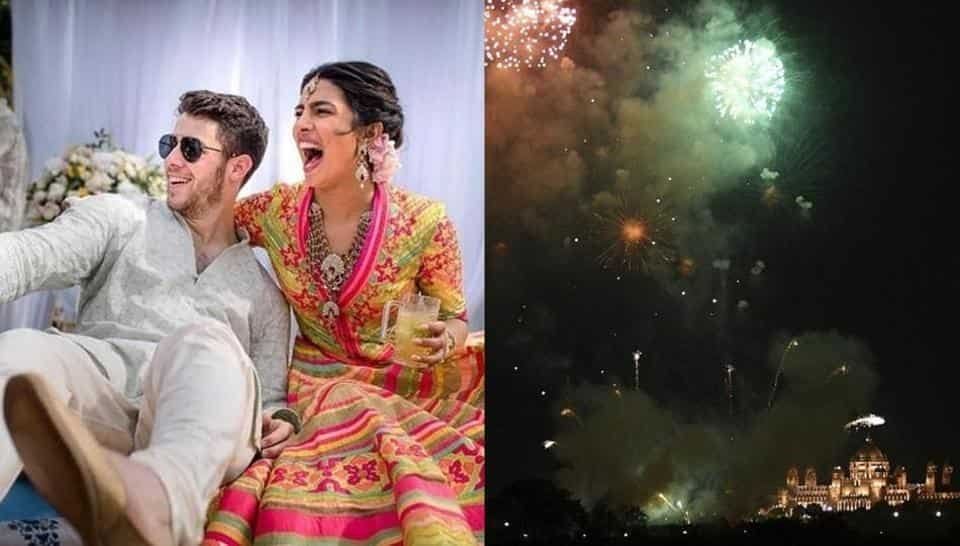 The newlywed Priyanka Chopra who is also UNICEF Goodwill Ambassador had been promoting a cracker-free Diwali in several campaigns was found to be trolled on the internet for fireworks at her own wedding.

Priyanka Chopra and Nick Jonas tied the knot in a Christian and Hindu wedding ceremony during the start of December. The wedding was royal and grand. After their Christian wedding ceremony was done, skies over Umaid Bhawan in Jodhpur were lit up with several firecrackers.

ANI shared a video of the firecracker celebration on twitter which then resulted in a wave of trolls who had started trolling Priyanka for her cracker-free Diwali campaigns. Many had even joked about the crackers asking if they were “herbal”