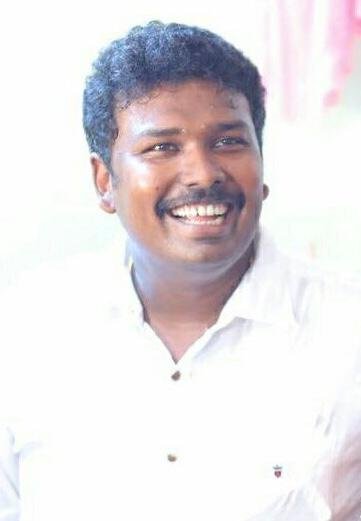 Mr. Ananth Sivaguru is a young activist and a social worker who is constantly working towards the betterment of the society. Despite not being from a rich family, he never compromised with his duties and his responsibilities. The 32-year-old social worker is happily married and is also a proud father of one. Mr. Sivaguru belongs to the beautiful and mesmerizing district of Kanyakumari. He is also a very big fan of the Thalaiva – Rajinikanth sir and also considers him as his role model.

Mr. Sivaguru has been working for a better future from a very long time and his dedication and hard work has helped him achieve many goals in life making the life of the people easier and happier. When asked about why he was drawn towards social-cause he said, “A common man is also the responsible citizen of the country which gives him certain jobs and matters that has to be solved by himself. There are many people all over the world who take the privileges of living in a free nation in a wrong way for their selfish benefits and greed. And this very thing itself gives the others like me, another reason to step up and stand against the wrong and the incorrect!”

During the year 2017, the region had suffered from severe drought due to low rainfall in some places. The farmers of that region were in troubled and had nowhere to go as their cries for help were ignored by the authorities. During the time of utter need, Mr. Sivaguru started a trust with the name ‘Ilam Thulir’.  It was with the help of this trust he had started, he was able to help the people to fight back and stand their grounds during the adverse conditions. The trust had funded various social works such as cleaning of ponds so that the water can be safe for consumption and storage. They also cleaned the beaches making it welcoming to the locals to spend a relaxing evening watching the sunset, it also helped to attract the tourists thereby increasing the money-earning opportunities for the people that live in and around those areas. Apart from that Mr. Sivaguru with the help of his friends and volunteers cleaned several schools, distributed food to poor people and the beggars and also served the senior citizens living in old age homes.

The trust had started with a handful of people which mainly consisted of Mr. Sivaguru’s friends but soon as the words of his good work spread across the district, more and more people signed themselves in to become volunteers. Today, with the help of the trust he has started and his team, he has cleaned more than 25 ponds all across the district of Kanyakumari. His work is not just commendable but also very inspiring for the people who have the desire and the heart to do the noble work but are not sure about diving into it. Mr. Sivaguru in an interview with us also said, “If the reason behind your actions are noble and for a good cause, destiny and the Almighty himself paves the path for you!” We couldn’t agree more to his wise words!

There are many problems that exist and thrive within the society and like a parasite feeds off of the innocent and the young. These problems are sometimes unnoticed as the people who do it also master the art of covering it all up. But sometimes the problems and the things causing those problems are visible to some or more people and it still continues feeding on the young because the people that notice these issues also fail to talk about it and take a stand against it. Mr. Sivaguru is not among any of these people. With the help of his excellent ability to sense trouble and to observe things minutely, he has always been able to solve the problems before they set its root deeper and become stronger.

When Mr. Sivaguru learned about ‘Online Prostitution’ that has started in the Nagercoil town and in the other parts of the Kanyakumari district, he decided to take necessary measures to put an end to this monstrosity. The internet is one platform that is used by people from all age groups and that is why the people working on these prostitution businesses decided to spread their branches by targeting the young generation who is tech-savvy. With the help of some mobile apps and adult websites, these people attract people towards them and cover it all up under the name of hotels, resorts, massage and spa centers, etc. He found out that these people use public places like bus-stands as their meeting point in order to avoid any suspicion.

Using his intellect and smart decision-making ability, he decided to spread the awareness to the young generation as well as their parents. He knew that the best way to beat something or someone is by using their own methods and therefore, he decided to film a short movie which will help these people know about the issue. Koor372 is the short film that was made by Mr. Sivaguru and his team which talks about the prostitution and he also has provided the inside details and the methods that are used by these people to communicate and get in touch with young school and college going children. The movie didn’t just spread awareness but also saved many youngsters from falling in the trap of these sex workers.

The down-to-earth and the humble Mr. Sivaguru doesn’t take pride in his accomplishments but takes them as a source of motivation so that we can do better in his social work and save many more lives. Considering his noble works, we asked him if he wanted to get into politics to which he smiled at us and answered saying that politics is not his actual goal. The only goal he has in his mind is to help as many people as he can and save more and more lives. He ended his interview with us on a humorous note saying, “I’m a die-hard fan of Rajinikanth sir and I do everything he asks of me. And before you ask me how? He and I have a secret method of sending messages, his movies!”