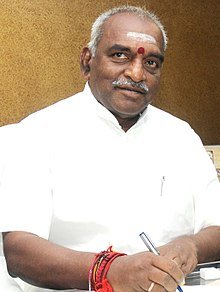 The Union Minister of Chennai for Finance, Pon Radhakrishnan was speaking with the media after the launch of road works in Kaanimadam Kanakapuram near Anjugramam of Kanyakumari district that cost Rs. 96 lakhs mentioned that he was confident that BJP will win 30 seats in Tamil Nadu in the 2019 general elections.

Pon Radhakrishnan also said that the AIADMK has been contesting elections in alliance with other parties from the day it was formed. He said that it is the same as the case with the principal opposition party. He said that all parties have to work on alliances with other parties in order to win the general elections and considering the political dynamics of Tamil Nadu, it would be impossible for a single party to form a government

He also mentioned that as long as Narendra Modi is the Prime Minister of India, the cost of fuels would keep falling as he is determined and focused in sending a relief to the nation in terms of fuel prices.