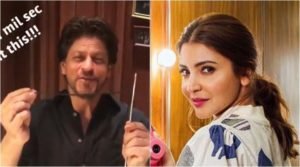 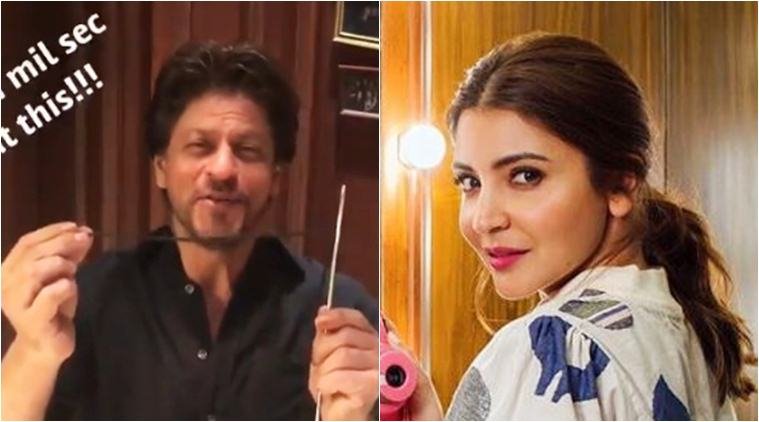 Anushka Sharma and Varun Dhawan’s Sui Dhaaga is just a week away from its release. After yarn bombing the streets of Mumbai, the two actors have given a unique ‘Sui Dhaaga’ challenge to their fans and friends. In the Sui Dhaaga challenge, one has to put a thread in the needle but in just ten seconds. The first celebrities to be nominated for the challenge by Varun and Anushka were Akshay Kumar and Shah Rukh Khan.

While Akshay failed to do it, Shah Rukh completed the ‘Sui Dhaaga Challenge’ in the minimum time possible, just that the size of his needle and thread were bigger than usual. On Wednesday night, SRK shared his video as he completed the challenge in just ‘0.000001 mili seconds”. “@AnushkaSharma challenge done my way. Love u and all the best for Sui Dhaaga. May everyone’s hard work & belief be appreciated and rewarded,” he tweeted.

Declaring her Zero co-actor as the winner of the challenge, Anushka replied, “0.000000001 SECONDSSSS! #SuiDhaagaChallenge world record ! Ultimate !! Give him the award already now !! 😂😂😂👏👏👏.” Varun too appreciated Shah Rukh’s effort and said, “This is so sweet and absolutely badhiyaa what a cool way to complete the #suidhaagachallenge love mauji.”

Bollywood celebrities Aditya Roy Kapur, Alia Bhatt, Karan Johar and Ranbir Kapoor are among others who took up the interesting challenge. Alia and Ranbir defeated Aditya and Karan, respectively, and became the winners of the challenge.

Directed by Sharat Katariya, Sui Dhaaga is a story of self-reliance and pride. In the movie, Varun plays a tailor and Anushka is an embroiderer. Produced under the banner of Yash Raj Films, the movie releases on September 28.