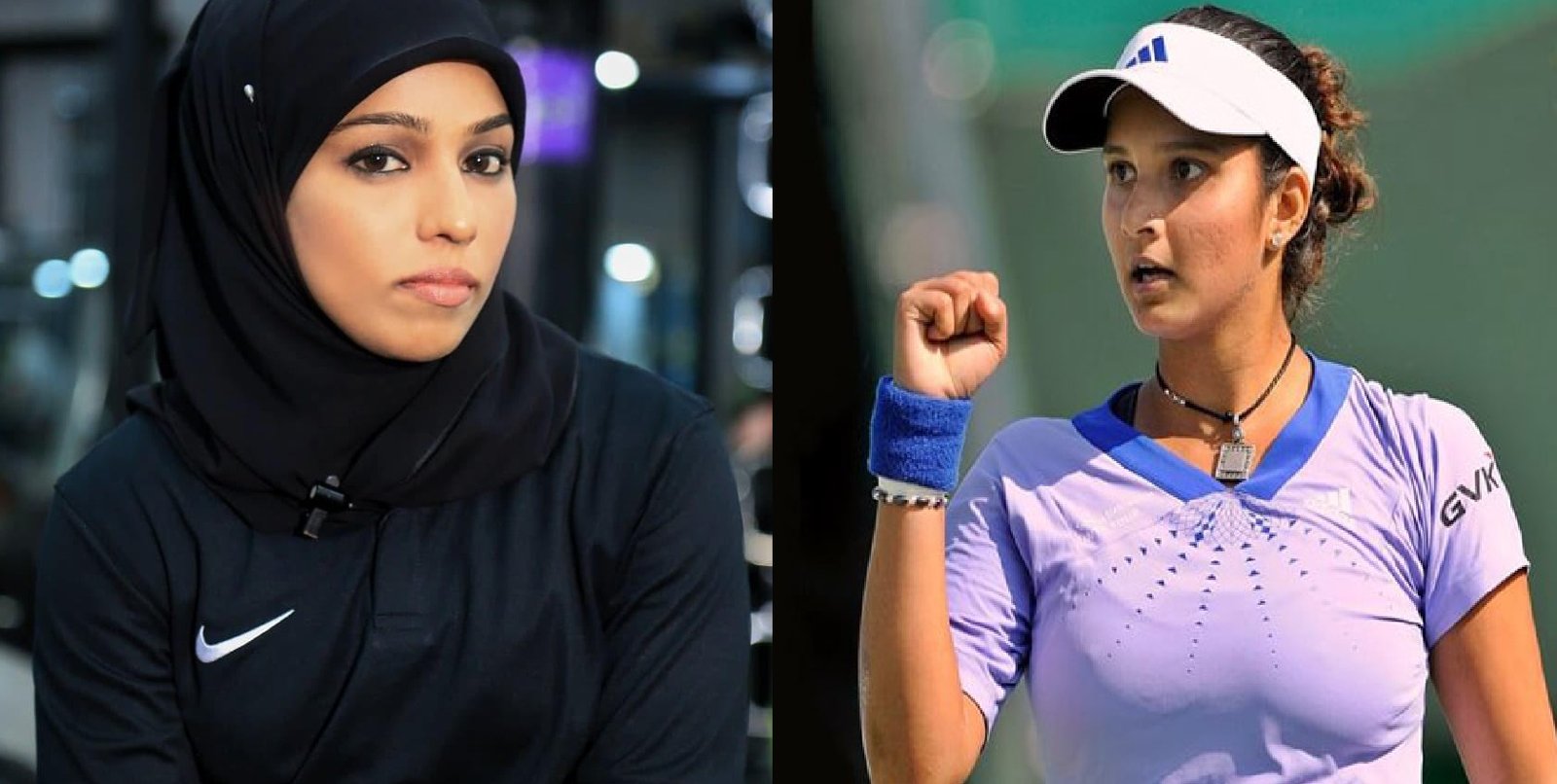 Different religions come with different morals, modesty, and freedom of choice which are required to be followed. But today, modernization has grabbed its hold over the traditions and morals of the religion due to which many people have started avoiding their rites. Some do it purposely, while some carry it out for their flexibility and comfort. A similar case that is much popular these days is about Hijab which is carried out differently by two famous celebrities Sania Mirza and Majiziya Bhanu.

Both Sania and Majiziya follow the Muslim religions and when it comes to women in Muslim, Hijab is something very important for them. Hijab is the principle of modesty for the Muslim women, which is worn for a particular principle. Wearing Hijab means covering the head with a scarf. It is an important thing for the Muslim women and its significance is also mentioned in the Quran. But as said earlier, there are people who are not following their religion rules anymore due to various personal and professional reasons.

While talking about Sania Mirza, a popular tennis player, she is a Muslim but doesn’t follow the dress code. Some believe she is exposing her body in this way for gaining public interest, while some support her as playing tennis with a Hijab would be a little difficult. But talking about Majiziya, who is a well-known upcoming weightlifter, she still follows her Muslim dress code and wears a Hijab even while she is involved with the game. However, considering the game she is involved with, weightlifting gives quite less trouble to the head which would make wearing a Hijab possible for her. No doubt, it is important to follow the dress code of the religion, but there are certain situations where the dress codes need to be unfollowed. So, do you think Sania is going on the wrong path by not wearing Hijab?

Again, coming to her personal life, Sania Mirza is also married to a Pakistani cricketer Shoaib Malik which also keeps her in much debate. The couple while doing so had to face bundles of controversies among which the most debated was that their marriage. One relationship (Marriage with a guy from Pakistan) is not enough. It cannot change the behavior of Pakistan toward India. Moreover, it’s not a fictional movie like “EK THA TIGER”, where Salman Khan and Katrina Kaif get married and work together to deal with the violent situation. Real life cannot be like reel life. But Sania was able to overcome every such controversy talking about the love the couple carries for each other. Already many Muslims were against her when she avoided wearing the Hijab, and when she got married to a Pakistani player, the anger increased.

Talking about the personal life of Majiziya, she is still single and the Muslims are now hoping her not to do any such mistake in choosing her life partner as there are still many Muslim families in India for her to get married. She still doesn’t have any plans of getting married, and hence, the topic is still in the waiting queue which has made people curious.

No doubt, Sania has suppressed the Muslim dress codes and has married a Pakistani guy too, but does that mean she has also stopped following her religion? Both are following the religion in their own way, yet one is being praised while the other is being accused by many Muslims. Both are quite natural with their professional career and their religion which is acceptable too.

So, what are your reviews? Should Sania be accused of her behavior merely for giving importance to her career for a satisfied life? Or do both of them be provided with the same respect and honor they deserve? Don’t forget to write your views to us.