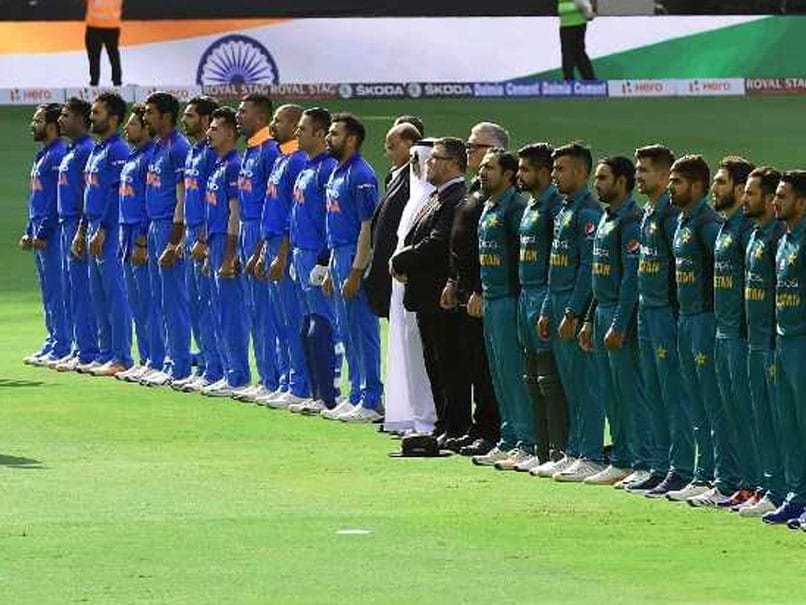 Among all the rivalries in the world of cricket, nothing comes close to India vs Pakistan clash. During the much-awaited Asia Cup 2018 encounter between arch-rivals India and Pakistan, a Pakistan cricket team fan, donning his country’s flag, was seen singing the Indian national anthem. A verified Facebook page named ‘Voice of Ram’ posted the video of the Pakistan cricket team fan singing the Indian national anthem. The video is doing rounds on the social media

India kicked off their Asia Cup 2018 campaign on a high. First, they beat minnows Hong Kong by 26 runs and then registered a resounding eight-wicket win over arch-rivals Pakistan before thrashing Bangladesh by seven wickets.

Beaming with confidence after successive wins over Pakistan and Bangladesh, a confident India will once again aim to brush aside the Green Brigade when the two sides clash in a Super Four tie of the Asia Cup at the Dubai International Cricket Stadium on Sunday.

India are in sublime touch presently and after an average show against Hong Kong in their campaign opener, the Rohit Sharma-led side registered convincing victories against Pakistan and Bangladesh.

The last time when the two sides met, the Sarfraz Ahmed-led Pakistan side had no answer to either Indian bowling attack or the batting as the issue became a completely one-sided affair with India dominating in each department of the game.

Rohit will be eyeing another top-level show from his bowlers and batsmen, including himself. The skipper himself is in good touch with the bat, amassing 158 runs from three innings while opener Shikhar Dhawan, too, looks in fine form, putting 213 runs in three games.

Overall, India will once again be the favourites but an unpredictable Pakistan has the ability to bounce back and so another high-voltage clash could be on the cards on a super Sunday.