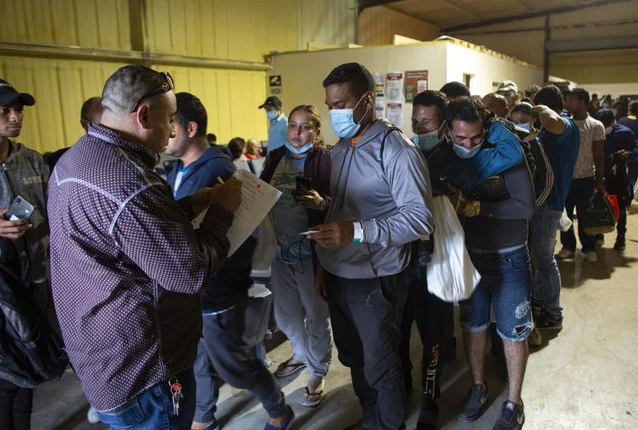 US immigration authorities are planning to issue photo ID cards to immigrants in deportation proceedings in a bid to slash paper use and help people stay up-to-date on required meetings and court hearings, officials said.

The proposal from Immigration and Customs Enforcement is still being developed as a pilot program, and it was not immediately clear how many the agency would issue.

The cards would not be an official form of federal identification, and would state they are to be used by the Department of Homeland Security.The idea is for immigrants to be able to access information about their cases online by using a card rather than paper documents that are cumbersome and can fade over time, officials said.

They said ICE officers could also run checks on the cards in the field.“Moving to a secure card will save the agency millions, free up resources, and ensure information is quickly accessible to DHS officials while reducing the agency’s FOIA backlog,” an ICE spokesperson said in a statement, referring to unfulfilled public requests for agency documents.

Homeland Security gets more Freedom of Information Act requests than any other federal agency, according to government data, and many of those involve immigration records.