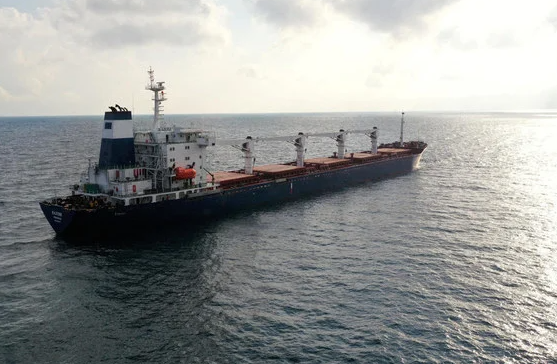 The Zumrut Ana and MV Ocean S, which are authorized to depart on Aug. 20, were loaded with 6,300 tons of sunflower oil and 25,000 tons of wheat respectively, the joint coordination center set up to enable safe passage said in a statement.

Ukraine’s Sea Ports Authority said on Saturday three Ukrainian seaports had begun loading food onto seven ships, which would deliver 66,500 tons of wheat, corn and sunflower oil to consumers.
​
Ukraine’s grain exports have slumped since the start of the war because its Black Sea ports — a vital route for shipments — were closed, driving up global food prices and prompting fears of shortages in Africa and the Middle East.

At the end of July, three Black Sea ports were unblocked under a deal between Moscow and Kyiv, brokered by the United Nations and Turkey.