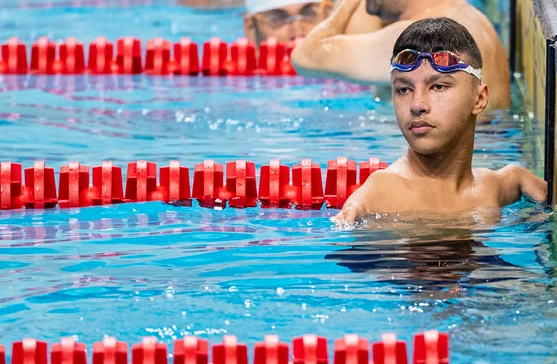 The fifth Islamic Solidarity Games wrapped up on Thursday in Turkey, and it has been a tournament of many highs for the competing Saudi athletes.

There was expected glory for Olympic silver medalist Tarek Hamdi in the karate competition, while the track and field, weightlifting and table tennis teams, among others, performed to high standards. And Saudi’s U-23 footballers took silver after narrowly losing out to hosts Turkey in the final.

But perhaps the most poignant story of all is that of Ibrahim Al-Marzouki, the 15-year-old Paralympic athlete, who won Saudi’s first medal of the games, taking bronze after finishing third in the 50-meter butterfly final with a time of 49.12 seconds.

Not surprisingly, his young career has been one of overcoming adversity.