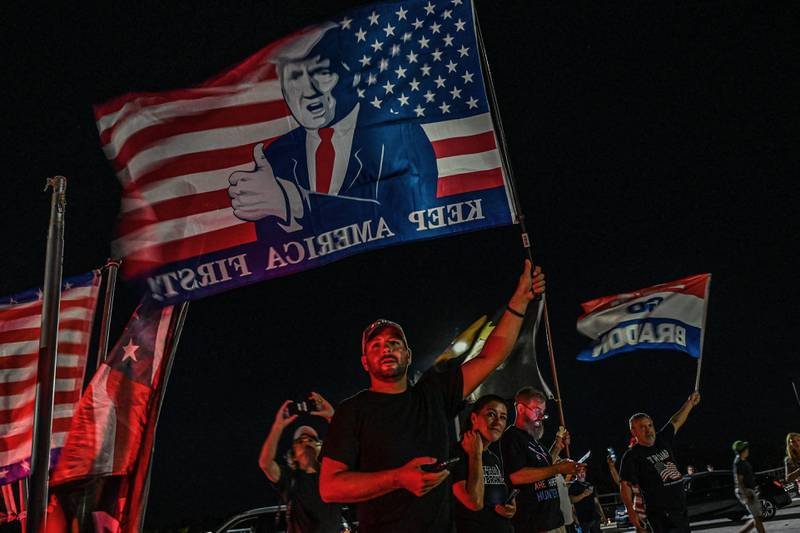 The FBI has denounced Donald Trump’s supporters who threatened the agency on social media after US law enforcement officials raided the former US president’s Florida home of Mar-a-Lago on Monday.

Speaking at a press conference on Wednesday, FBI director Christopher Wray said he was “always concerned about violence and threats of violence against law enforcement”.

“Any threats made against law enforcement, including the men and women of the FBI, as with any law enforcement agency, are deplorable and dangerous,” he said, in response to a reporter’s question about the comments on social media.

One person going by the name of Stephen posted on Gab that he was awaiting “the call” to mount an armed revolution.