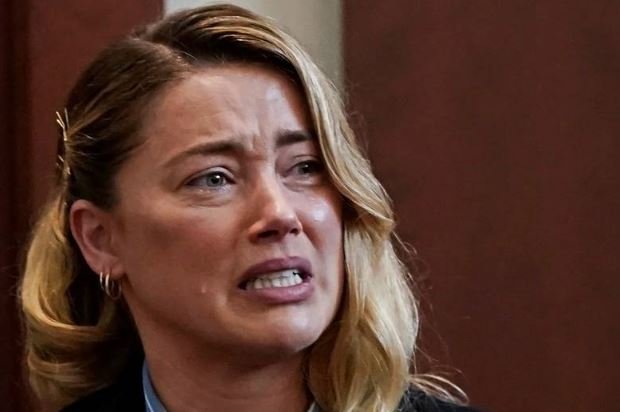 Aquaman actress Amber Heard took the stand on Wednesday for the first time in the weeks-long defamation suit filed by her ex-husband, actor Johnny Depp.

“This is the most painful and difficult thing I have ever gone through,” Heard said. “It’s horrible for me to sit here for weeks and relive everything.”

Seated directly across from Depp, Heard sometimes blushed when she recounted the affection and gifts the Pirates of the Caribbean star lavished upon her, her friends and her family.

After meeting her on the set of The Rum Diary, Depp sent Heard designer dresses, rare books and once even tried to buy her a horse, which she declined, the actress said. Depp soon invited her to holiday on his private island and developed a unique rapport with her father.

“Sometimes I’m surprised my father didn’t marry him,” she said in a relaxed moment.

Then her evidence turned to a moment when Heard asked Depp about a tattoo on his arm that reads: “Wino Forever” — altered from “Winona Forever” — from his previous relationship with actress Winona Ryder.

Thinking it was a joke, Heard laughed.

“He slapped me across the face,” Heard said. “I didn’t know what was going on. I just stared at him.”

The What’s Eating Gilbert Grape star is suing Heard for $50 million, saying she defamed him when she claimed that she was a victim of domestic abuse.

Heard has counter-sued for $100m, saying Depp smeared her by calling her a liar.

The case hinges on a December 2018 opinion piece she wrote for The Washington Post. The article never mentioned Depp by name, but his lawyer told jurors it was clear Heard was referencing him.

The couple’s divorce was finalised in 2017 after less than two years of marriage.

Depp has said during the trial that he had never hit Heard and that she was the one who was the abuser in their relationship.

She said that after slapping her, Depp got down on his knees, cried and promised her that he would never “let that monster out again” and that she decided to stay.

Heard said that Depp would disappear for days and return, saying that he was sober and then it would be “magical”.

“I fell head over heels in love with this man,” she said. “When I was with him I felt that, you know, electricity in my body. I felt like butterflies. I couldn’t see straight.”

Depp kept his head down and scribbled on a notebook for most of the time Heard was giving evidence about his violent, drug-induced behaviour, which often brought her to tears.

It is expected that her testimony will continue on Thursday.

Heard’s lawyers have argued that she told the truth and that her opinion was free speech protected under the First Amendment of the US Constitution.

A state court judge in Virginia’s Fairfax County, outside the nation’s capital, is overseeing the trial, which is expected to last until late May.

Less than two years ago, Depp lost a libel case against The Sun, a British tabloid that labelled him a “wife beater”. A London High Court judge ruled he had repeatedly assaulted Heard.

The trial, now in its fourth week, continues to capture public attention. More than 100 people were lined up on Wednesday before 7am — three hours before proceedings began — outside the courthouse for the 100 seats made available in the courtroom. Most were Depp supporters and fans.