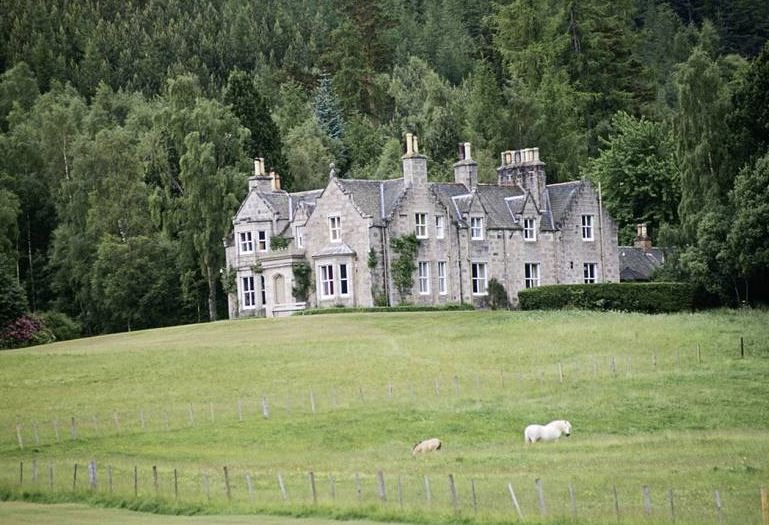 A cottage on Queen Elizabeth’s Balmoral Estate in Scotland has been fitted with extra security and new £20,000 ($26,000) lift as reports suggest the British monarch is planning to spend more time there.

The queen and her husband Prince Philip would stay for a week at the start of their summer break at the private Craigowan Lodge, a seven-bedroom guesthouse about a mile from Balmoral Castle in Aberdeenshire.

The cottage has been fitted with a £20,000 lift, a new security gate, and a state-of-the-art intercom system, while more CCTV cameras are being installed, according to British newspaper reports.

The queen, 95, has been in poor health in recent months and has significantly reduced her public appearances. In October, she spent the night in hospital on doctor’s advice resulting in the cancellation of an official trip to Northern Ireland.

Residents on Royal Deeside said they were delighted by the rumours that Queen Elizabeth, who was widowed last year, may spend more time there.

“We don’t see much of her when she is on the estate, but it generates a lot of income for the village and for the area when she’s here because of the amount of staff and the business it brings. It is a good thing.

“It is a very relaxing area, and she likes it up here.”

Local councillor Geva Blackett said she had not heard anything about any alterations at Craigowan Lodge, but she said people will be delighted if Queen Elizabeth visits more often.

“We always welcome the queen here, she is part of the community,” she said. “We would love her to be here more if that’s what she wants to do.

“You see her around, and when there wasn’t Covid you would see her in church. She is very much part of the community and we love her. She is a very familiar figure and much loved.”

A spokesman said Buckingham Palace will not comment on rumours.

This week, the queen was pictured without a walking stick at her engagements.

She met Guyanese poet Grace Nichols at Windsor Castle in Berkshire to present her with the Queen’s Gold Medal for Poetry.

Queen Elizabeth, who reached her platinum jubilee last month, faced a bout of Covid in recent weeks and also spent more than three months from October under doctors’ orders to conduct only light duties.

In recent months, she has been seen using a walking stick, and, commenting about her mobility issues, she told two senior military officers during a Windsor Castle reception: “Well, as you can see, I can’t move.”

With the queen due to celebrate her 96th birthday in April, maintaining her comfort is a consideration and it is understood she has been pacing herself, although she was keen to do what work she could while she had Covid.

Balmoral, one of the royals’ favourite places, holds many memories for the queen.

It is her private home, handed down through generations after being bought for Queen Victoria by Prince Albert, her husband, in 1852.

Philip loved the outdoor life that was synonymous with their annual break, which stretched from the end of July into October.

Princess Eugenie, the Queen’s granddaughter, described Balmoral as the most beautiful place on earth.

“Walks, picnics, dogs – a lot of dogs, there’s always dogs – and people coming in and out all the time,” she said.

“It’s a lovely base for granny and grandpa, for us to come and see them up there; where you just have room to breathe and run.”