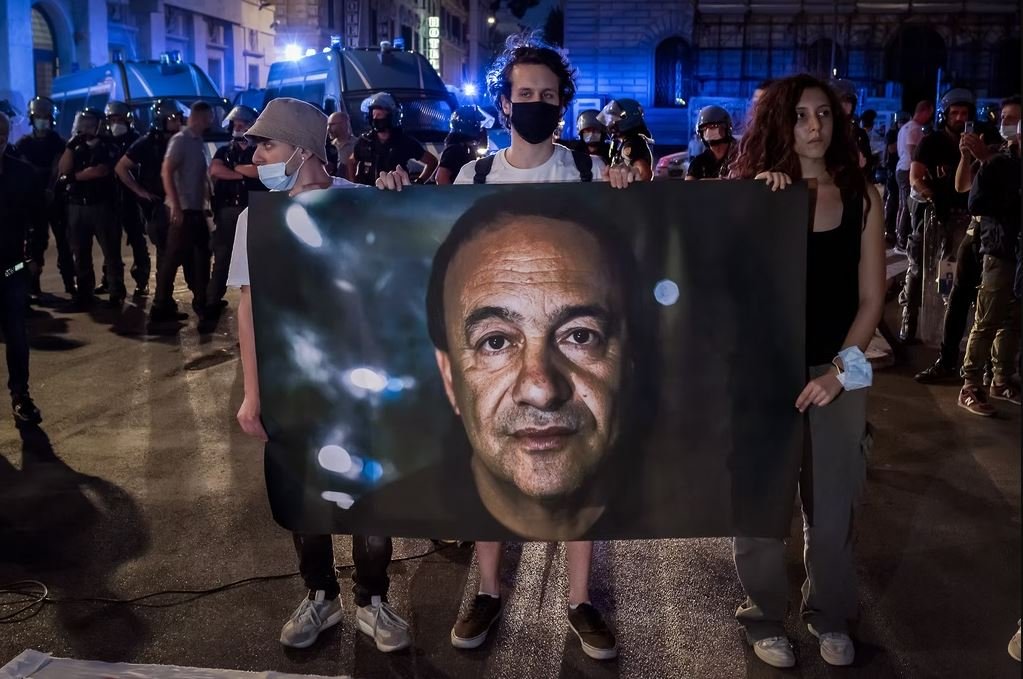 IT WOULD BE heartening to imagine that Europe’s willingness to open its doors to over 2 million Ukrainian refugees signals a sea change — a crumbling of Fortress Europe’s anti-immigrant battlements but such belief would entail closing our eyes to examples of Europe’s ongoing commitment to severe anti-immigrant deterrence policies and practices.

We need only look to Italy, which already hosts the largest Ukrainian community in Europe and has recently welcomed over 35,000 refugees fleeing Vladimir Putin’s war. Mayors from towns and cities throughout the country laudably voiced swift willingness to bring in and settle displaced Ukrainians. At the very same moment, however, the former mayor of a small Italian town is fighting a 13-year prison sentence for having opened his town’s doors to hundreds of refugees from the Middle East and Africa.

On Monday, a coalition led by Progressive International launched a campaign to demand that the former mayor, Domenico “Mimmo” Lucano, be exonerated and that all charges against him be dropped.

Lucano was the mayor of Riace, a hamlet of 2,000 residents in southern Italy, from 2004 to 2018. During his tenure, he helped welcome 450 refugees and settle them in the tiny town. Following decades of postwar depopulation as young Italians moved away, the so-called Riace model became a celebrated example of multi-ethnic integration and renewed town life. But it was deemed intolerable by powerful right-wing elements in the Italian government — those like former Interior Minister Matteo Salvini — responsible for hardening anti-immigrant policies in Italy and the entirety of Europe.

Lucano was placed under house arrest in 2018, all public funding was cut to his programs, and he was hit with an array of bogus charges. Last September, he was convicted of fraud, embezzlement, and abetting “illegal” immigration. Alongside the extraordinarily hefty prison sentence — which was nearly double what prosecutors had originally asked for — Lucano faces fines of over half a million euros. He has announced his plans to appeal, a process that is expected to take a year.

It should not come to this. The charges should be immediately dropped and convictions voided. Progressive International’s campaign also demands an investigation be undertaken by the European Court of Justice and relevant Italian authorities into the connected interests that led to Lucano’s original indictment. This case represents a fascistic effort to criminalize those who threaten Europe’s racist border regime.

“Over the course of these 14 years, Riace became a beacon of hope for the dispossessed peoples living in Italy, and a source of inspiration for sanctuary cities around the world,” said Lucano in a statement released Monday. “For these crimes of compassion, we have been persecuted. Under the banner of ‘Italians First,’ the forces of reaction have targeted our town and the model of hospitality that we fostered over more than a decade.”

There can be little doubt about the political nature of Lucano’s charges, convictions, and the severity of his sentence. It can be no accident that he was arrested just one week after Salvini, the former interior minister, announced a series of brutal anti-immigration measures, including slashing funds to the very sort of integration efforts that defined Lucano’s policies.