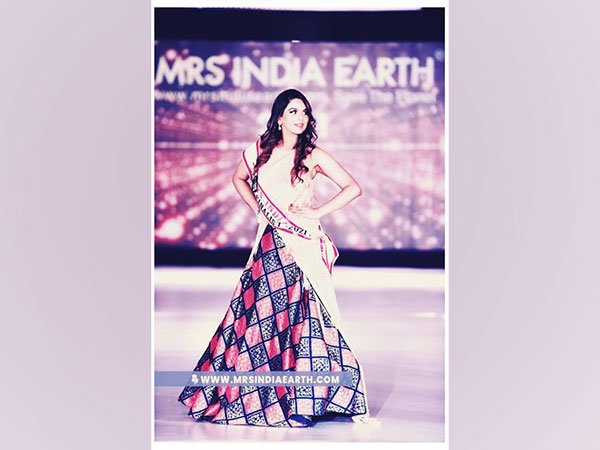 Bengaluru (Karnataka) [India], December 29 (ANI/BusinessWire India): Sajithra K is the winner of the coveted title for fashionistas, the ‘Stylish Diva‘ crown in the Mrs. India earth World finals conducted in ITC Dwarka, Delhi. Aman Verma was the official host of the event. Bollywood actors Mahima Chowdhary and Kunal Kapoor are associated with the pageant.

During the introduction round of the pageant, Sajithra shared that the purpose of her life is to be a catalyst of change. Sajithra K launched an ecommerce platform under her start-up Buzzmerize Business Solutions Pvt. Ltd in April’2016. Currently, she works as a Product Delivery Manager in the Technology Services division of an international FMCG company.

She has authored two books, ‘Trees from dirty seeds’, an anthology of her poems and the other a book, ‘The Innovation Imperative’, a book on Innovation co-authored with Ranga Shetty. Sajithra has a Master’s in Business Administration and a Bachelor’s degree in Electronics and Communications Engineering. Her papers are referenced by Authors worldwide in papers, PhD thesis, and books.

Calling herself a follower of the ideologies of Periyar, her choice for the national costume round was different from the feminine standards of other beauty pageants. She had chosen horns to depict the fierceness of women. She used the forum to raise awareness about the displacement of the tribal communities.

After being chosen as one of the toppers for the final Q&A session, her question was about the differences between inner beauty and outer beauty. She answered that she does not see any difference at all because beauty is only about presence. If someone’s presence is beautiful, people feel inspired and are happy around them. Since beauty has always been about standards, no one can be considered beautiful by all the cultures in the world. So, it doesn’t matter. Talking to us, she said that this is from the Tamil proverb, ‘Agathin Azhagu mugathil theriyum’, a proverb that doesn’t distinguish between both.

When asked if beauty pageants are losing its charm, she said ‘I don’t believe that it is losing its charm. It is a force to reckon with in terms of economic power. The ecosystem of a beauty pageant is diverse and vast. When we are slated to lose more jobs due to tech disruptions, avenues that add more jobs are valuable. Yuval Noah Harari says that many people who lose their jobs share not the fate of the nineteenth century wagon drivers who switched to driving taxis but of nineteenth century horses who were pushed out of the job market altogether. These opportunities are about supporting livelihoods. These opportunities also offer women the power to hold their space. It used to provide an emotional value when this started, an escape after the world wars but now it makes more business sense than ever before.’

Sajithra is working on a book about Periyar for one of the top publishers in TN. She is working towards her dream of making a difference to the socio-political landscape through multiple forums. Her Twitter handle is followed by a former President of USA, industrialists, Artists, Ministers/Former Ministers of India. Her socio-political leadership ethos is based on the Dravidian ideals – Serve the ones who have no power over you while having the courage to challenge status quo, question bias, and uphold values – all in the pursuit of an egalitarian world.

To View the Image 2, Click on the Link Below:
Sajithra, Mrs. India 2021 Stylish Diva