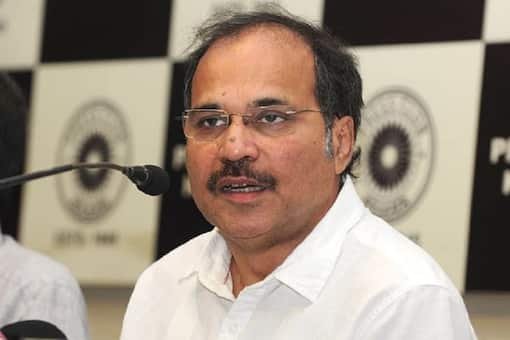 Congress stalwart Adhir Ranjan Chowdhury may be replaced as the leader of Lok Sabha by party president Sonia Gandhi, just two weeks prior to the monsoon session of the Parliament, in what can be seen as an attempt to cozy up with the Trinamool Congress for strengthening the Opposition.

In West Bengal, the Congress and the Left Front had fought the assembly elections together, but drew a blank as only one seat was secured by their ally ISF, the Abbas Siddiqui-led Indian Secular Front party from the Sanjukta Morcha. However, throughout the poll phase, the Congress leadership didn’t directly hit out at TMC supremo Mamata Banerjee.

Therefore, the Congress’ decision to replace Chowdhury as the leader of the party in the Lok Sabha is being touted as the party’s endeavour to take a significant step to build intimacy with the Banerjee, the Indian Express reported. However, the long-term MP from Berhampore, Chowdhury, has been critical of her government in West Bengal.

By replacing Chowdhury, Congress is reportedly expecting to build better ties with Banerjee and the TMC at the ground level and simultaneously take on the Bengal Governor, Jagdeep Dhankar.

The Express report quoted sources saying that the TMC may extend approach the Congress and other opposition parties to write to the President seeking recall of the Governor.

Chowdhury, who was the face of the Congress for the Bengal polls, soon after the debacle had said that the party “couldn’t afford to stay cocooned on social media but had to hit the street” and also actively aid in relief work for Covid-19 patients.

Though there is no information on who will replace Chowdhury, it is being reported that Thiruvananthapuram MP Shashi Tharoor and Anandpur Sahib MP Manish Tewari are among the frontrunners.

While Chowdhury was one of the biggest critics of the G-23 group of leaders, who had written seeking extensive changes in the party organization, and backed the Gandhis, both Tharoor and Tewari were signatories to the letter.

However, there is little chance of Rahul Gandhi to take up the lead. In case the Congress appoints either Tharoor or Tewari for the position, it can be a way to resume harmony.

Recently, Chowdhury, who is the Leader of Congress party in the Lok Sabha and Chairperson of the Public Accounts Committee (PAC) in the Parliament, said, “Congress never had an alliance with the Indian Secular Front (ISF) in Bengal. We only had an alliance with the CPI (M). The image of the Congress party was tarnished due to the ISF. They (ISF) fielded candidates against Congress in Murshidabad. This showed that we never had any pre-poll understanding with the ISF.”