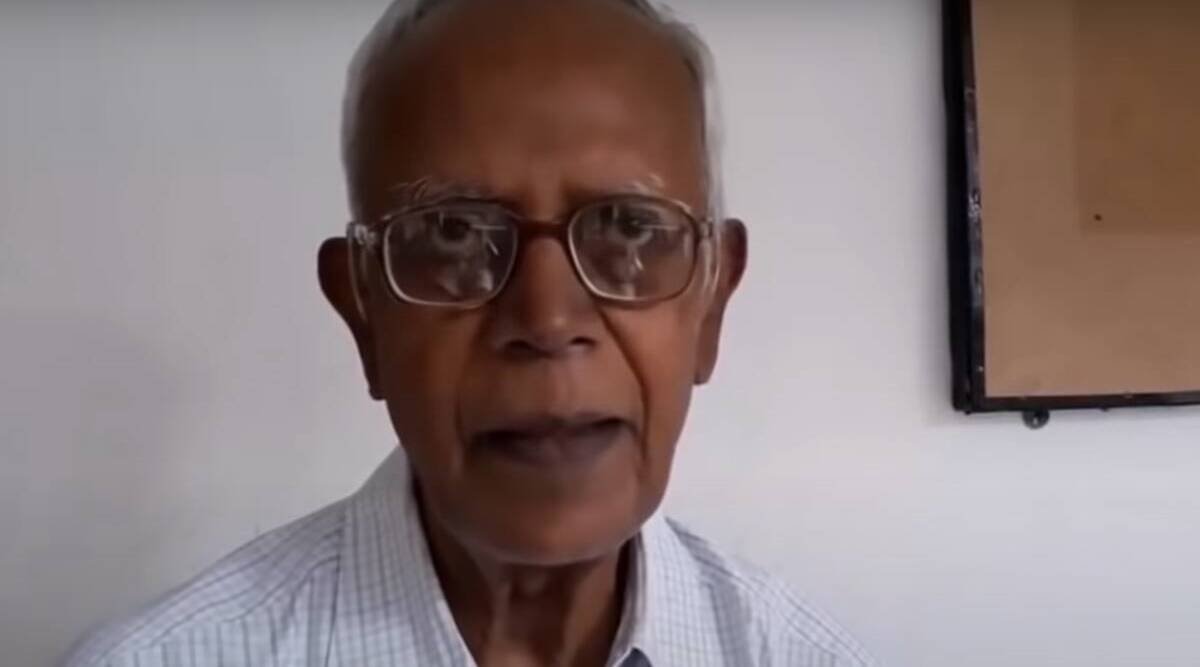 Stan Swamy, a Jesuit priest and a tribal rights activist, breathed his last at a Mumbai hospital earlier in the day. Doctors at Holy Family Hospital, Bandra, informed the Bombay High Court that Swamy, 84, passed away around 1.30 pm.

Congress leader Rahul Gandhi on Monday expressed condolences over the passing away of Father Stan Swamy, an accused in the Elgaar Parishad case. Gandhi took to Twitter and said that Swamy “deserved justice and humaneness”.

Meanwhile, condoling the death of Swamy, CPIM general secretary Sitaram Yechury stated that he was deeply pained and outraged at the death of the death Jesuit priest and social activist who tirelessly helped the marginalised. Yechury also demanded “Accountability must be fixed for this murder in custody”.

Kerala Chief Minister Pinarayi Vijayan stated, “Unjustifiable that a man who fought all through his life for our society’s most downtrodden, had to die in custody. Such travesty of justice should have no place in our democracy”.

Jharkhand Chief Minister Hemant Soren condoled the death of Swamy and said that the union government should be answerable for absolute apathy and non-provision of timely medical services, leading to his death.

Congress leader and MP Shashi Tharoor took to Twitter and said, “Sad to learn of Fr #StanSwamy‘s passing. A humanitarian & man of God whom our government could not treat with humanity. Deeply saddened as an Indian. RIP”.

“Who in the apparatus of the Indian state will be held responsible for this tragedy? Make no mistake — it is the Indian state that killed Fr. Stan Swamy, who was such a passionate crusader for social justice,” tweeted Congress leader Jairam Ramesh.

Former Chief Minister of Jammu and Kashmir, Mehbooba Mufti mourned the death of the late activist and said, “Deeply disturbed by the passing away of 84 year old tribal activist Stan Swamy. A ruthless & callous government that deprived him of dignity even while he was alive has blood on its hands. Absolutely shocked & appalled. May his soul rest in peace”.

“It’s over. Modi & Shah have accomplished the custodial killing of the gentle Jesuit social worker Fr Stan Swamy, who spent his life serving the oppressed. I hope the judges who denied him bail never get to sleep at night: they have blood on their hands,” she tweeted.

Stan Swamy, a Jesuit priest and a tribal rights activist, breathed his last at a Mumbai hospital earlier in the day. Doctors at Holy Family Hospital, Bandra, informed the Bombay High Court that Swamy, 84, passed away around 1.30 pm.

His lawyers moved the Bombay High Court on Monday morning, seeking an urgent hearing on his medical bail plea, after his health deteriorated on Sunday and he was put on ventilator support after he had difficulty in breathing and his oxygen levels were fluctuating.

Swamy was arrested from Ranchi on October 8 last year and was lodged in Taloja central jail.

Swamy had sought interim bail on grounds of the pandemic, citing Parkinson’s disease, among other health issues. He had also filed for bail on merits before the special court, stating he was arrested for challenging the indiscriminate arrests of thousands of young adivasis labeled as “Naxals” and that there was no proof of his involvement with the banned CPI (Maoists), as alleged by the central agency. The special court had disallowed his pleas.

Before he was shifted to Holy Family hospital (on May 30) following directions from the Bombay HC, Swamy had appeared before the High Court through video-conference from Taloja jail. Swamy then told the court that when he was brought to the jail, his core systems were still functional but there has been steady regression since then and he was unable to perform his daily chores, including eating and walking without assistance.