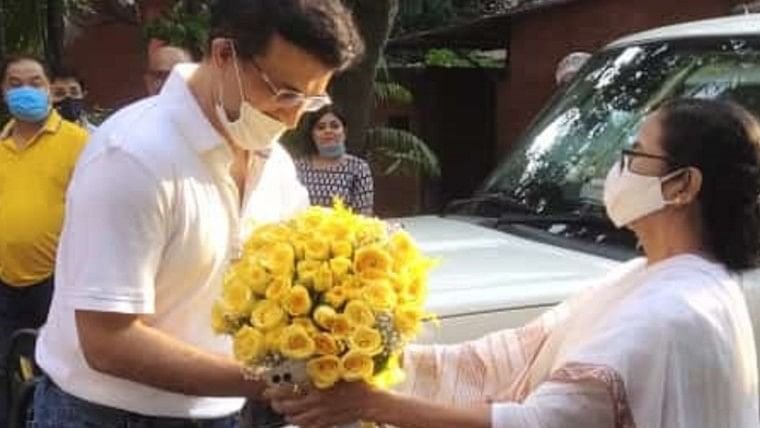 Earlier in January, when Sourav Ganguly complained of chest pain and had undergone angioplasty, Mamta Banerjee visited Sourav and his wife at the hospital.

In the picture, Mamata Banerjee can be seen handing over a bouquet of yellow flowers and a box of sweets to the former captain. Sourav Ganguly also greeted Mamta Banerjee with great humility. Banerjee stayed at Ganguly’s residence for nearly 45 minutes and exchanged pleasantries with all the family members. It is being reported that the meeting between Mamta Banerjee and Sourav Ganguly lasted for about an hour.

The assembly elections in West Bengal have ended and the Trinamool Congress government led by Mamata Banerjee has returned to power in the state. Mamata Banerjee has become the CM of Bengal for the third time after defeating BJP in the assembly elections. However, before this election, the speculation of Sourav Ganguly joining BJP had intensified.