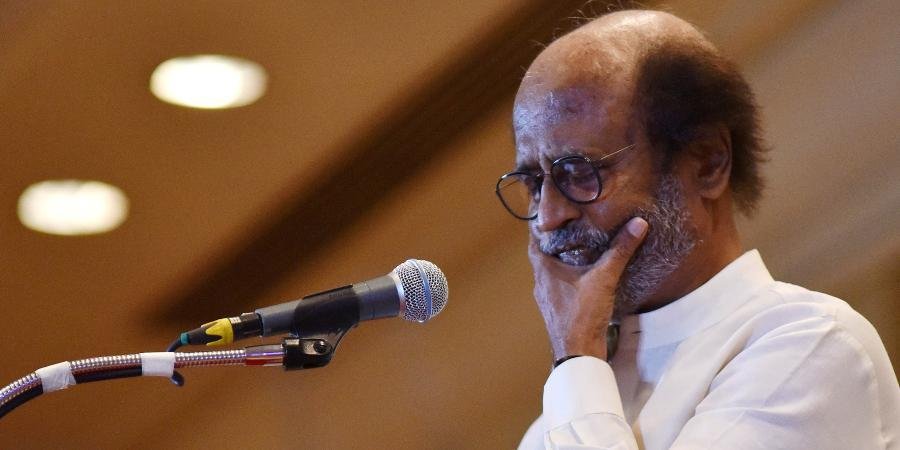 CHENNAI: Within an hour of creating big expectations about his entry into politics again, actor Rajinikanth doused the speculations quickly by asserting that he would never enter politics.

The actor further stated that the Rajini Makkal Mandram (RMM) would be dissolved and continue as a fans club – Rajinikanth Rasigar Narpani Mandram.

“Due to various situations, our wish to launch a political party did not fructify.  Also, I don’t have any intention to enter politics in future too.  As such, the RMM will be dissolved and it will continue to function as Rajinikanth Rasigar Narpani Mandram,” Rajinikanth said in a statement here after holding discussions with the district secretaries of the RMM here. 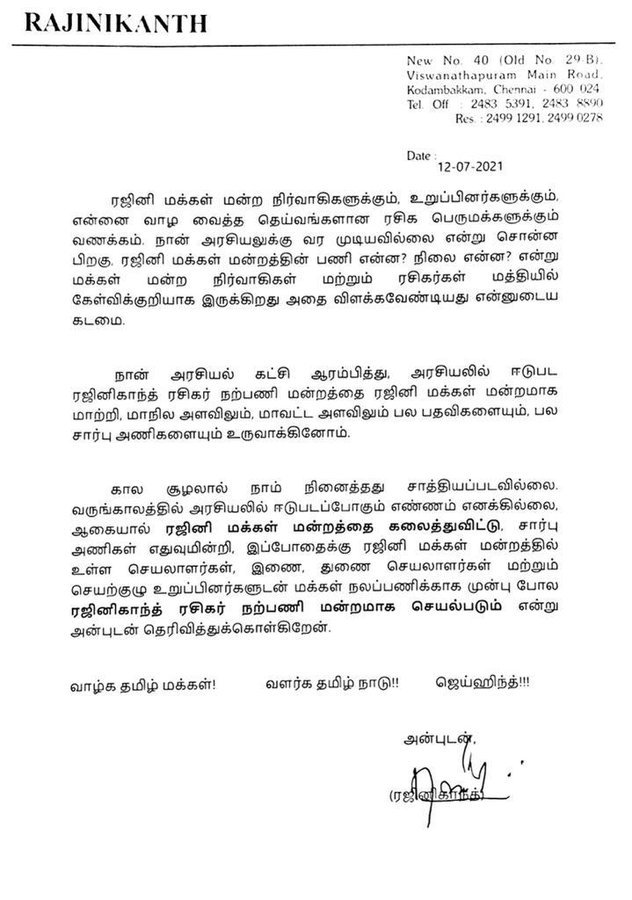 The actor further said “After my announcement that I could not enter politics in December last, questions like what is the status of the Mandram and its duties have been lingering in the minds of the office bearers of Madram as well as my fans. It is my duty to clarify these issues.”

The actor recalled that Rajinikanth Rasigar Narpani Mandram was converted into Rajinikanth Makkal Mandram with a view to launch a political party and many new posts in the Mandram besides many wings were also created.

Ahead of his meeting with RMM office bearers, the actor said there were questions among the Mandram office bearers and his fans about whether he would enter politics or not in future and that he would clarify these issues after consulting them.  This created a lot of expectations as to whether he was reconsidering his options for entering politics.

On December 29, 2020, in a three-page statement, Rajinikanth expressed regret and said it pained him to make such an announcement not to enter politics after having said he would contest the Tamil Nadu Assembly elections in 2021.

“With profound regret I say that I will neither be launching my political party nor entering politics. Nobody can understand my pain in making this decision,” the actor added.