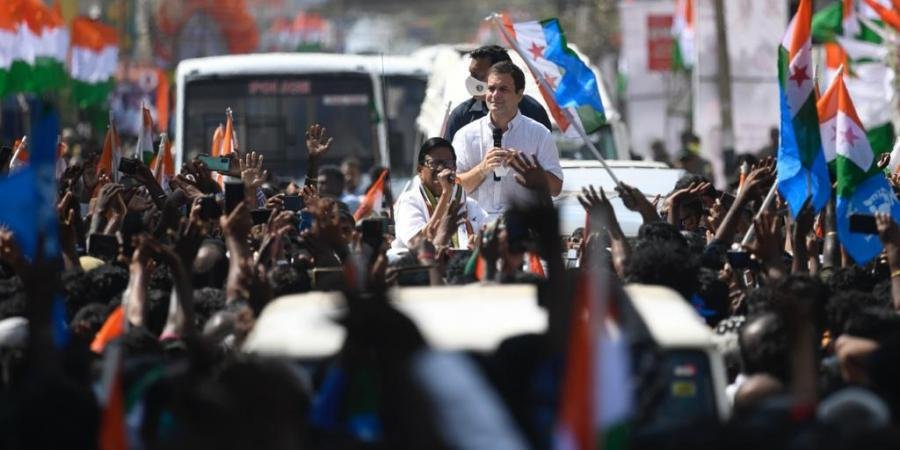 Cornering the Central government, the Wayanad MP alleged that Prime Minister Narendra Modi-led government does not respect the people of Tamil Nadu, their culture and language.

“He (CM) must not let Rashtriya Swayamsevak Sangh (RSS) insult Tamil culture. Modi says ‘1 nation, 1 culture, 1 history’. Is Tamil not an Indian language? Is Tamil history not Indian or is Tamil culture not Indian? As an Indian, it’s my duty to protect Tamil culture, said Rahul Gandhi on the second day of his visit to poll-bound Tamil Nadu.

“Government in Delhi doesn’t respect Tamil culture. They have a Chief Minister who does everything they say. CM (E.K. Palaniswami) doesn’t represent State, he represents what Modi wants him to do. A person who bows before only Prime Minister Narendra Modi can’t represent Tamil Nadu,” said Rahul Gandhi at a roadshow in Kanyakumari as a part of his campaign for the April 6 assembly elections.

Earlier, the Congress leader recalled former Tamil Nadu Chief Minister Kumaraswami Kamaraj for his leadership quality and said that when it came to implementing the mid-day meal in the state, the leader did not care about the economists’ opinion that it would be a bad idea he only listened to the people and introduced the scheme.

Cornering the Central government, the Wayanad MP alleged that Prime Minister Narendra Modi-led government does not respect the people of Tamil Nadu, their culture and language.

He further said the Congress party looks forward to a government in Tamil Nadu that looks after the interest of farmers, small businesses and labourers.

On Saturday, Gandhi had slammed the Union Government, stating that the Centre thinks they can control the people of Tamil Nadu. He even targeted Tamil Nadu Chief Minister Edappadi K Palaniswami and alleged that he is a corrupt leader.

Tamil Nadu assembly elections will be held in a single phase on April 6 and the counting of votes will be done on May 2, the Election Commission of India (ECI) announced on Friday.

Polls will be held for 234 seats in Tamil Nadu with the Congress-DMK and BJP-AIADMK alliance being the major groups contesting against each other.