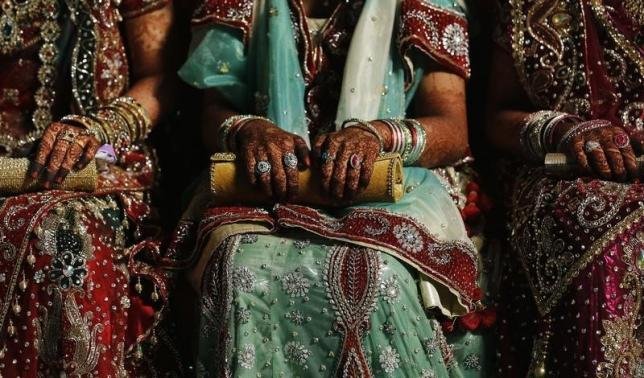 Nearly 350 Pakistani brides living in Kashmir – who married former militants – have no citizenship rights or travel documents, and cannot visit their parents in the neighboring country.

Srinagar: Living in Kupwara, every moment reminds 43-year-old Saira Javid of her home, childhood, relatives and the dusky lanes of Karachi. She has been craving to visit her parents’ home in Pakistan but cannot go back due to existing laws.

Saira, who traces her roots to the princely state of Jammu and Kashmir, says her ancestors came from Muzaffarabad and settled in Karachi.

In 2001, she married Javid Ahmad Dar, a Kashmiri who crossed the Line of Control (LoC) for arms training but had given up insurgent activities to live a peaceful life. The couple had two children and were living happily in Karachi.

Her bad days started with her arrival in Kashmir in 2011. “We returned to Kashmir on repeated insistences of my husband’s family. I was not willing to come here but Javid persuaded me,” she says.

On their arrival in Kashmir, the couple along with their two children were arrested and had to spend three to six months in Central Jail Srinagar before being released. “I tried to visit Pakistan through Wagah border in 2018 but emigration authorities did not allow me,” she says.

Saira, who is now a mother of four children, laments the day when she decided to move to Kashmir.

“It was my biggest mistake. I did not even have the luxury of seeing the face of my father when he passed away two months ago. I am living in an open prison here,” she told The Wire.

This is not the tale of Saira alone. It is the story of every “stateless” Pakistani bride married to Kashmiris who went to Pakistan occupied Kashmir (PoK) for arms training after an armed conflict broke out in the region in 1989 and returned back to the Valley to live a peaceful life, especially after the Omar Abdullah-led government unveiled a policy for their return. These women can neither go back nor stay with their rights in Kashmir.

Status of women from PoK in Kashmir

Nearly 350 such Pakistani brides living in Kashmir have no citizenship rights or travel documents. All of them want to go back and meet their parents but cannot do so.

For the past 10 years, they have been staging protests in different parts of Kashmir to seek citizenship rights and travel documents to visit Pakistan. “We have now lost hope of getting citizenship rights. Now they should declare us illegal immigrants and deport us back to Pakistan along with our husbands and children,” they told a news conference in Srinagar last week.

They also threatened to march towards the LoC to highlight their plight.

Many such women in Kashmir are struggling to make the both ends meet and are facing immense mental trauma and agony.

Nusrat Begum of Athmuqam of PoK, who arrived in Kashmir in 2008, is facing financial constraints to bring up her children after her marriage ended up in divorce.

“Women go to parents’ home after divorce. But where will I go? I am alone here. Please deport me back to Pakistan,” says Nusrat, who is living in a rented accommodation in Kupwara town and works in a boutique run by Saira.

One such Pakistani bride committed suicide in Naidkhai area of north Kashmir’s Bandipora district in 2014.

Most of these women along with their husbands entered India through Nepal route without a visa after travelling to Kathmandu on Pakistani passports.

In 2017, Jammu and Kashmir government informed the assembly that 377 former militants along with 864 family members have returned to Kashmir via Nepal since 2010.

Even Pakistani women with valid passports have faced problems in visiting their in-laws in Kashmir.

In 2006, Asma Khan Lone, wife of Kashmiri politician Sajad Gani Lone, was denied a visa to visit India by the Congress-led government.

Recently, questions were also raised over participation of such women in the electoral process in Jammu and Kashmir, though some of them have become sarpanchs in the past.

The authorities stopped counting of votes in two district development council seats in Jammu and Kashmir after it came to fore that two women from PoK married to Kashmiris were contesting polls.

Somiya Sadaf from Drugmulla and Shazia Aslam from Sonawari, both inhabitants of PoK, which India considers as its integral part, were contesting polls from these segments.

The authorities are yet to decide on whether their participation was legal or illegal.

In 2010, Omar Abdullah-led National Conference and Congress government unveiled a policy to facilitate the return of youth who belong to Jammu and Kashmir and had crossed over to PoK for arms training, but have given up the insurgent activities due to a change of heart and are willing to return to the state.

All those who had crossed into PoK and Pakistan between January 1, 1989, and December 31, 2009, were eligible for consideration under the policy. Under the policy, Wagah-Attari, Salamabad, Chakan-da-Bagh and Indira Gandhi International Airport, New Delhi, were notified as entry points for return of the youth.

However, most of them came through Nepal route, which was not designated as entry point under the policy.

The policy allowed spouses of such youth to enter India but remained silent on granting rights to them.

“The spouses and children who are dependents of the returnees, who wish to accompany them would be considered for entry into India as per the existing laws. The entry of all such persons into the country would be communicated by BOI (Bureau of Immigration) immediately to J&K Police/ CID from the entry point,” read the policy.