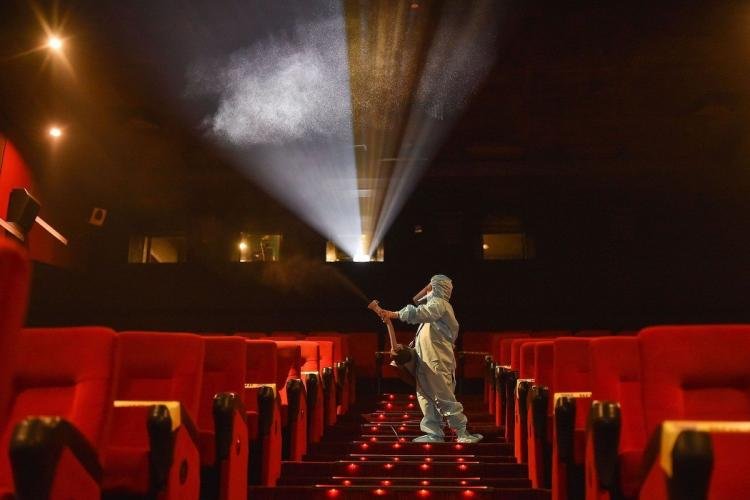 The Madras High Court had on Friday asked the government to reconsider allowing full occupancy in cinema halls and theatres.

The Government of Tamil Nadu, on Friday, cancelled its January 4 order allowing 100% occupancy in cinema halls and theatres. The order comes shortly after the Madras High Court rapped the state government and ordered that only 50% seats shall be occupied till January 11. It also comes a day after the Union Ministry of Home Affairs (MHA) directed the state government to withdraw its order and bring it in line with its guidelines.

As per a press release issued by the state government, the audience in all cinema theatres including those in multiplexes and shopping malls shall be capped at 50% till further orders. The Madras High Court had also stated that it believed that the state government would reconsider its former decision of allowing 100% occupancy in cinema theatres keeping in mind the coronavirus situation in the state. It also said that it is not proper to give economic problems top priority when the nation is going through a pandemic.

The Union Ministry of Home Affairs (MHA) had earlier written to Tamil Nadu Chief Secretary pointing out that the state government’s order to allow 100% occupancy is in contradiction to the Unlock guidelines issued by the MHA in October and directed the state government to withdraw its order. As per the Union government’s guidelines, cinema theatres across categories can operate only with 50% capacity.

The state government’s order allowing 100% occupancy came after several theatre owners, distributors, producers etc placed a request to the Chief Minister. Apart from this, actor Vijay had also met Chief Minister Edappadi K Palaniswami at his residence and reportedly requested him to allow 100% occupancy in movie theatres ahead of his Pongal release Master. Actor Silambarasan, whose film Easwaran is also slated for release for Pongal, had requested the state government to consider allowing full occupancy.

Tamil Nadus move to allow 100% occupancy had been criticised by medical experts and doctors. An open letter to the Tamil Nadu government and actors Vijay and Simbu by Aravinth Srinivas, a resident doctor at Jawaharlal Institute of Postgraduate Medical Education and Research (JIPMER) in Puducherry, went viral. “The pandemic isn’t over and we have people dying till today to the disease. A hundred percent theatre occupancy is a suicide attempt,” he wrote, adding that doctors and frontline workers like him were tired.